Pillow Queens – Leave The Light On

Pillow Queens have built an open home inside Leave The Light On. This sophomore album’s title is a perfect shorthand for the sense of belonging present within. Latecomers to the band (such as myself) are still granted the earnest hospitality of left-on light upon entry. Stepping for the first time across the welcome mat at the door, subliminal recognition is felt like a rush of radiator heat on the face. Something about the guitars’ tone evokes a deep nostalgia and community is felt in the band’s sharing of lead vocal duties. The laughs that cap off the track Delivered are definitively with and not at.

Authentic is a word sometimes used backhandedly by those who are taken aback by, but not appreciative of the expression of it. I would here like to very forward-handedly compliment Pillow Queens for their authenticity. Though deftly poetic, their lyricism is honest, and sung with beautifully marked Irish accents. Smatterings of references to Irish Catholicism appear. They are an all-queer fourpiece deliberately forthright about their queerness in interviews and lyrics (and band name). As a queer woman myself, I find it hard not to immediately love them for their unambiguous expression of self.

Just when I get ready to confidently equate the sound of Leave The Light On to that of another artist or album, a track switch is near-imperceptibly pulled and the train glides toward a new horizon. A lot of these surprise bends and edges are laid into this record. There’s a keychange in a later song of which I don’t want to spoil the location, because to do so might rob any as-yet-uninitiated of its joy. There are other outstanding elements that I will signpost, however: Historian devolving into well-earned guitar noise; the skipping-along, gently swung rhythm of the vocals on House that Sailed Away; the building, crashing repetition of “you came to worship” on Hearts and Minds…

Oh, and as a fan of wordplay, the lyric “tighter than a wedding band” is practically euphoric. 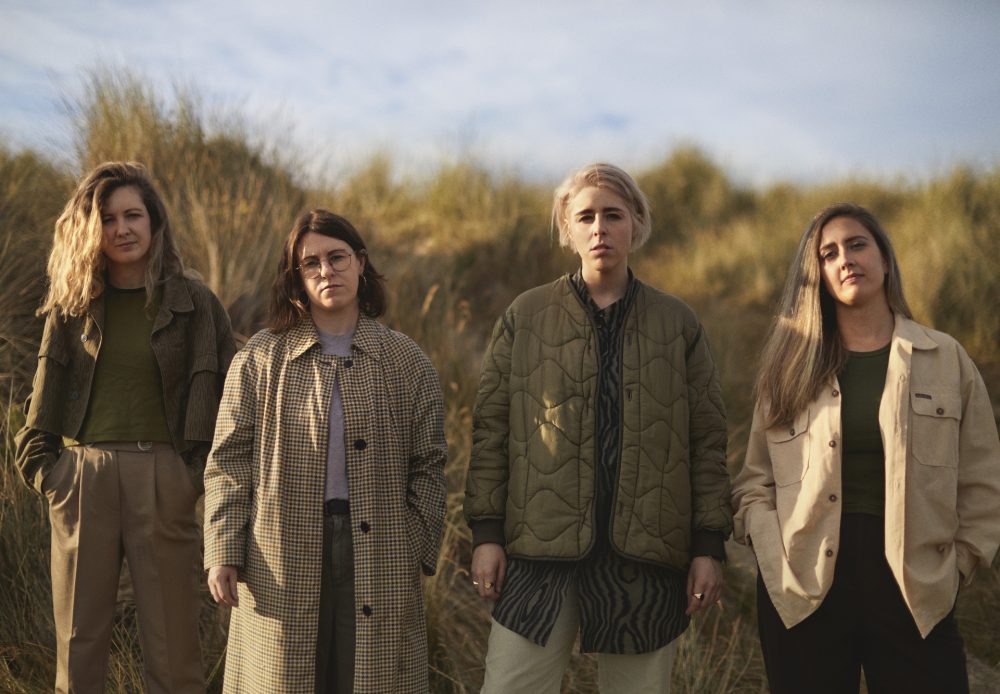