Amsterdam 7-piece Personal Trainer have today returned with their joyous new single, Rug Busters. The track, produced by the band’s frequent collaborator – Casper van der Lans, follows on from Personal Trainer’s previous single, Key Of Ego, and serves itself as a taste of the band’s progression from last year’s debut EP, Gazebo.

Speaking of the release, the band’s frontman Willem Smit states:

I wanted to make a song to dance to for everybody – no one excluded. The idea was to make a song that brings people closer to each other, no matter who they are, who they are with, what they believe or what they’ve done. ‘Dance’, ‘Dance Dance Dance’ and ‘Song 2 Dance 2’ were three of the working titles before I settled on ‘Rug Busters’ – ‘busting a move’ meets ‘cutting a rug’ or something.

The release comes accompanied by the band’s own, Kilian Kayser – filmed in a parking lot below their keyboardist Abel Tuinstra’s studio.

Of the video, the band state:

Coming up with a simple idea that feels a bit dumb, but sparks something inside of me or the band – then trying to give it your all to make the idea into something cool – has become a recurring approach for Personal Trainer.

Personal Trainer, already known for their memorable live shows, are currently touring across the UK – including a show in Brighton at the Hope & Ruin around this year’s Great Escape. 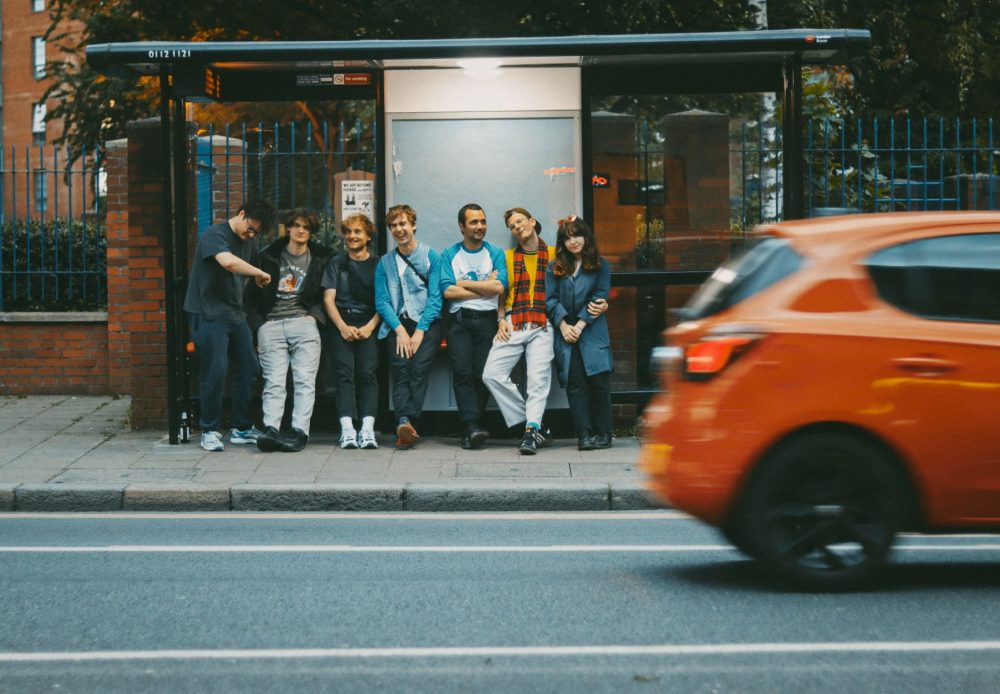