Mike Hadreas’ mind runs a mile a minute. Better known as Perfume Genius, the Greece-born Seattle singer has had to filtrate every thought, whether progressive or combative, alongside every musical influence, in order to craft and perfect his art pop – not easy when you’re a musician living in the shadow of Seattle’s history, not easy when you’re an abuse survivor, and gay man on the receiving end of death threats.

But holy smokes, he’s done it and he continues to do it. Set My Heart on Fire Immediately is a continuation of Hadreas’ being, something presented with dedication on lush, light pop experiences like Too Bright, and No Shape, something realised with frighteningly diverse stylings and motifs on his new album.

Heartbroken with hope, Set My Heart on Fire Immediately is about wanting and doing it all…immediately. The immediacy is seen in Mike’s overlapping approaches to telling his story through music, occasionally careful yet full of driven, instance want.

Opening track Whole Life encompasses the album’s energy, and Mike’s energy, as a scared but responsive human being, piecing together an ascension. The battle is on, and his methods of fight include Jason, which sees him drop a harpsichord on the listener’s head, and Leave, a psychological attack that stuns with eerie despondency, and hardcore chamber strings.

The tandem of Perfume Genius and Blake Mills is tried and tested, and its return on Set My Heart on Fire Immediately comes with new possibilities. The album embraces rock music with eloquence and faith, the songs ignite with sentiment the same way they do with broiling guitar distortion.

On the Floor is celebratory, primed single material that rocks not only with throwback swagger, but a love for Mike’s partner that commands tears of joy. Again, it rocks, as does Describe – seen it spurts on previous albums, there’s a gruff, societal-masculine tone to the track, a juxtaposition handled with charm, and briefly revisited on Some Dream. Without You follows and handles itself with a similar style of tact, all the while glittering itself with chamber-y baroque, those orchestral stabs and piano splashes.

We’re witnessing the swings and dives of a psyche. Your Body Changes Everything aches through the power of the human vessel, a positive, string-soaked look at self, but the latter portion of the album strips away any potential façade, revealing an emotional nakedness, a necessity for anyone reeling from the accumulated weight of their past.

Just a Touch is distant and defensive, but ‘Nothing at All’ snaps back with combative energy; pained verses become choruses of sudden connection, but untethered honesty – “I got what you want babe, I got what you need son… nothing at all”.

Borrowed Light finishes the album with authentic, sorrowful yet friendly balladry, and likewise, One More Try weeps through clouds of plastic soul, likeably passing through Elvis Presley’s school of rhythm and blues. Moonbend is a sore thumb by comparison, perhaps too despondent. Its vocal harmonies are piercing, but the lack of mood guides us through Mike’s psyche at sloth speed.

Luckily, Set My Heart on Fire Immediately is full of direction and drive. It steers itself through cryptic hazes and storms of human sadness, coming back from any waves of hesitance as Mike tries to wear his heart on his sleeve.

Despite the album’s use of smoke and mirrors, Set My Heart on Fire Immediately embodies Perfume Genius’ personality. Distraught but never defeated, somehow balancing care with suddenness, it’s easily set to become not only a 2020 alternative highlight, but a gem where the bond of art and emotion is concerned. 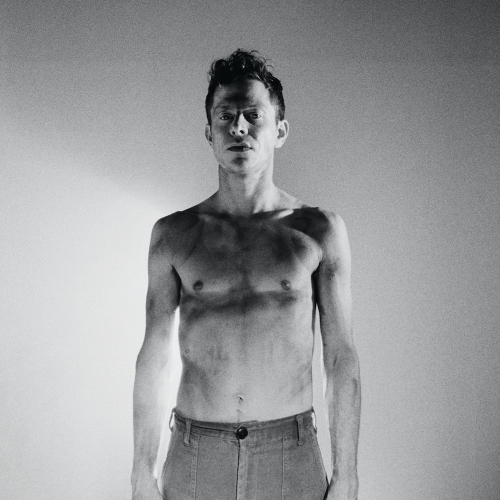