As they shift away from their traditional icelandic folk roots, Of Monsters And Men have made sure to compensate for the transition adequately with their new album Fever Dream. From the band’s energetic introduction, Alligator, to its slowest and most intimate song Stuck In Gravity, their newest album compiles a range of emotion into eleven beautiful tracks.

While Of Monsters And Men experimented minimally with their last album Beneath the Skin, Fever Dream is the band’s first solid transition from their traditional icelandic folk sound to a thoroughly modern pop sound. After “making it big” with the introduction of their music into popular TV shows Jessica Jones and Game of Thrones, the band became more integrated into pop culture, their music seeing the result of that influence in anthemic and energetic songs like Alligator.

Of Monsters and Men – Alligator

While most of the tracks off the release will inevitably make the perfect addition to any playlist, the album is best enjoyed chronologically, as the order of the songs unveils a perfectly told story, tossing listeners into a fever dream — one that you don’t want to wake up from.

The album kicks off with an energetic start, however is quickly — and somewhat abruptly — slowed to the relaxing sound of tracks two and three, Ahay and Róróró. Both tracks feature a delicate use of both carefully-constructed melodies, respectively paired with dreamy synth and soft piano. After a beautiful showcase of lead singer Nanna Bryndís Hilmarsdóttir’s vocals, as well as the complement of Ragnar Þórhallsson’s harmonies, the track fades into classic piano ballad Waiting For The Snow.

The introduction of a modern piano ballad into their icelandic-folk-infused music acts as a grounding point for listeners. The track smoothly brings the album to a much lower intensity, allowing listeners to fade further into the feelings and emotions of the “dream.” This break is juxtaposed with the inspiring and uplifting sound found in the album’s fifth track, Vulture, Vulture. The song jumps to an energetic start, carrying the album’s central theme of being lost in reality through the beautiful harmonies created by Hilmarsdóttir and Þórhallsson. As their voices decorate the lyrically driven song, the track really brings to light how lyrically gifted the band truly is.

Of Monsters and Men – Wild Roses

The second single off the album, Wild Roses, builds to an upbeat chorus, and is paired with slow verses and well-developed instrumentals. It’s tapered ending conveys familiar feelings of indecisiveness and wavering, which perfectly transition into the tear-jerking Stuck in Gravity and Sleepwalker, both of which only add to feelings of being lost in such a vast universe.

Track nine shifts the album back to it’s uptempo beginning, with the introduction of the album’s first “party anthem.” The song mixes some of the band’s original folk sound — of off first album My Head is An Animal — with its newfound pop sound to create Wars, a song that begs all listeners to get up and dance.

Under a Dome and Soothsayer bring the album’s journey to an end by featuring Hilmarsdóttir’s soulful vocals. Enigmatic electric guitar riffs, well-organized percussion, and synthesized undertones allow the tracks to be significantly built up, however the album definitely ends on a softer, slower note, leaving listeners content, but somewhat dissatisfied.

Overall, the album will likely be the band’s most successful drop, as it has introduced the world to the group’s musical and lyrical versatility. It’s constant shift in tempo, and range of experienced motion, however, must be overpowered by the delicacy with which the each song was crafted — even if not so carefully placed within the album. Either way, whether listening to each track in order, or putting the album on shuffle, listeners are sure to enjoy Of Monsters and Men’s journey through a dream. 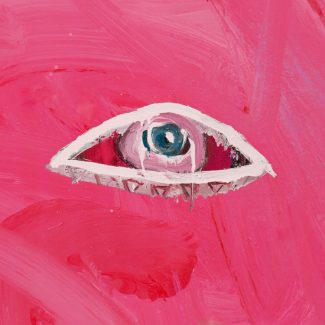 Of Monsters and Men - Fever Drean

Of Monsters And Men