There is no denying that the coronavirus outbreak as had a detrimental affect on the world at large. With countries and industries going into lockdown across the globe, many are beginning to wonder exactly how the world will look once the effects of this pandemic finally subside.

But of all the industries that have seen the most upset recently, the music industry looks set to be one of the biggest casualties. Even when lockdown lifts, many sectors will still be able to operate provided they give their workers enough space to be able to work safely and without risk of infection. But the music industry thrives on people coming together. Whether it is a band meeting up to record an album or fans flocking to a festival to see their favourite act, social distancing will make it near impossible for many parts of the music industry to return to a place of normalcy.

But while things look bleak, many artists have taken it upon themselves to remain active during the lockdown. Technology and the Internet have made it easier than ever for bands and musicians to stay creative during this time and allowing them to livestream concerts, Q&As, and podcasts. We chatted to three of them who are looking to make the most of their time in quarantine.

Advice and financial help for musicians & bands can be found here.

Attawalpa: “to be ‘on’ all the time is just not emotionally possible”

Some acts found that their new music campaigns had to be cut short due to the pandemic, with many opting to either push their releases back or bring them forward in order to get the best exposure for their work. But London-based multi-instrumentalist Attawalpa chose to keep moving forward, finishing the work for his debut EP amongst the lockdown. Here is what he had to say about it:

I am super blessed to have moved into a flat at the beginning of the year. We set up a studio in his basement two weeks before lockdown. The last three weeks (??!!!) have been a bit of a blur as time has turned into whatever you make it. I have been doing two Instagram live shows a week with the help from great organisations such as the Joe Strummer Foundation. They promote it to give me that push I need so I am not just playing to a void on my own. It’s a gig and I feel every time I get more solid at it. Harder to have fun with these shows/let go/give into the crowd but hey it’s not an exact science and we are all learning.

I feel the first couple of weeks I really got my head down and went a bit heavy on the productivity. It wasn’t because of the situation I think I just had a good creative wave coming (it had been a while) and I jumped on it. I haven’t started writing fresh songs about Corona more like finishing old Ideas I knew had legs. I feel like there will easily be 5 Attawalpa tunes ready in the coming month. I just would not have resurrected most of these songs in such a small stretch of time! I also sometimes write and session for other people so I have been recording some things like drums, bass and guitars back and forth with pals.

So I put all my music out myself and just put out Spells’ – the debut Attawalpa EP which has been a growing 4-month campaign. I am also starting to put out other artists on my label later in the year so there is always stuff to do. Admin, tweaking visuals, mixes, generally generating an ideas factory. I have started a side project with my flatmate to and we are releasing some music under the name NRVS in May.

I feel as an artist the idea to be ‘on’ all the time is just not emotionally possible. Inspiration comes in waves and when you are off its important to embrace that and stay off. As someone who’s had the luxury of working and living in a few studios I can say that there was a time I had always tried to be on overdrive. This sent me to the point of near burnout a few times! You’re either feeling it or you’re not.

Most importantly – I think a big part of staying proactive in this time is to learn to do nothing, be at peace with the moment. This rings true for me. I don’t find it easy to give in to the reality of the situation but yeah I mean everything has been cancelled. Festivals, shows, football! So going on ponderous walks every day is really rare for me. I’ve been listening to so much music rinsing my Spotify premium. There just isn’t this rush anymore so I am trying to embrace that in this weird time. I also love cooking so that has been a HUGE part of the day/ week/ whatever you want to call it. My favourite dishes so far have been Lomo Saltado and I am a bit of a genius when it comes to omelettes. I also have a flair with salads. Basically garlic, chilli and lime in everything. I get it from my Peruvian side. No baked beans for me please mate.

Attawalpa’s debut EP Spells is available to stream and download now. Check out the video for the single Holiday below.

Maida Vorn: “Lockdown has allowed my creative juices to flourish”

While some like Attawalpa were well underway to releasing their new collection, some acts weren’t planning to release their latest work until the end of this month, which has been the case for Maida Vorn. Despite already sharing the tracks ‘River’ and ‘Automatic’ from her forthcoming EP ‘Face Like Thunder’, she is still in the midst of trying to get new music out there amongst all this uncertainty. Thankfully, she hasn’t been dragging her heels as she explains:

As an artist, strangely or not, Lockdown has allowed my creative juices to flourish. Maybe it’s to do with the beautiful weather or the world standing still for a moment. It could also be to do with the fact I’m drinking more than usual indoors and left alone with my thoughts.

I’ve been brushing up on my rusty keyboard playing and writing songs about my mixed and ever changing emotions like I’m keeping a diary. To make sure I’m staying in the zone mentally I’ve also been running, reading and just generally staying in touch with my inner peace more than usual.

I’m arranging material to perform for an online streaming event called ‘Lockdown Fest’ which will feature all kinds of wonderful artists at the beginning of May. It just goes to show the power of social media when used for good.

Finding new music always helps to keep me on my toes with my own productivity levels too and I have discovered influence from the likes of Bat For Lashes, especially the Lost Girls album and Cocteau Twins; Heaven or Las Vegas has been on repeat.”

Maida Vorn’s new EP Face Like Thunder is out on the 27th April. Have a listen to the single River below.

And then there are some that have moved away from their music altogether for the time being. As a regular champion of the Stoke-On-Trent music scene with his podcast ‘Come Down With Me’, 10 O’clock Chemical’s Rhys Oakes has recently rebranded his weekly lowdown, calling it ‘Stay In With Me’ and devoting his time to keep fans engaged with the latest developments on the virus. Talking about it, he explained:

I started a solo podcast/vlog called ‘Stay In With Me’, filmed from my bedroom on a DSLR. Originally called ‘Come Down With Me’, the show usually includes guests from the Stoke on-Trent music scene, but because of the circumstances, I’ve given it a shot on my own!

It endures 3 main features which are: ‘What’s my ration?’, where I bring foods that are useful in an apocalypse, ‘Legends & Spammers’ – a weekly review of some awesome things people have done vs not so clever things people have done related to the crisis, then I finish off the show with ‘Show Us Your Meme’ which involves rating a selection of Corona related memes picked by a different subscriber every week. In between, I try to take a satirical approach on the news and offer comic relief. Each episode lasts 20 minutes and released every Monday (it takes me a day to write, a day to film and a day to edit). A lot of thought goes into each one so it’s really stopped me from twiddling my thumbs.

Check out the latest episode of Rhys’ “Stay In With Me” podcast below. 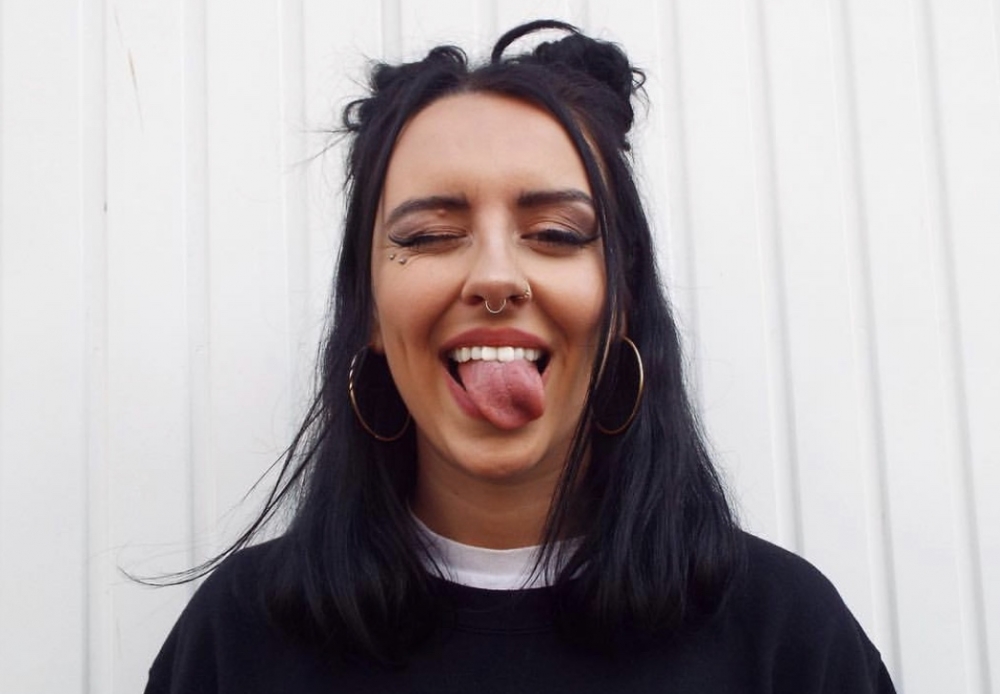