Lifted from their forthcoming debut album Small Worlds, which is due to be released in early May, Russia sees them return in stellar form. With nods to both folk-pop and post-rock aesthetics, the track has this incredible progressive energy to it, allowing it to grow and evolve throughout.

So with the new single available now, we sat down with them to find out more about their new album and what else we can expect from them in the near future.

Hi guys, how are you today?

You’re currently based in London, but come from various cities & areas around the world. Can you tell us how the music scenes in those various places have influenced your sound?

We each attended our fair share of underground gigs in the scenes of our youths. The jangle of the Dunedin Sound, Americana, Japanese Noise and Math Rock, and raucous UK rock have all made their mark on our sound. A couple of us spent some years in Manchester, and though were never enamoured by Manc Bands – had the opportunity to see lots of upcoming bands to spark ideas.

You are soon to release your new album ‘Small Worlds’. Can you tell us how that record came about and what the story is behind the making of it?

It’s our debut album and we wanted it to be a celebration of the multicultural makeup of the band, as well as the more sombre idea of how the biggest problems of our time, like climate change, are going to affect us on an international scale rather than just locally.

It’s an eclectic wee record and I think the style shows snippets of our various musical journeys. Sonic consistency is down to the wonderful sound-master Jake Murray.

We noticed that all the track titles are named after countries. Can you explain why that is?

One is actually a small town in Oxfordshire and another an area of California, but yes, they’re all place names. They’re all areas that are being impacted by, or have contributed to global events. Greenland’s ice sheets are being keenly watched by people researching climate change, Silicon Valley is a driving force in income inequality and home to research into world changing technology like AI, and Witney was the constituency of the former prime minister responsible for Brexit.

The coronavirus outbreak has obviously affected everyone’s plans, but what else have you got in store for the year ahead?

We’ve got a few unusual gigs up our sleeves involving canals and dress-up parties that we want to test on local audiences safely once people are allowed to gather again. We’ll need to keep it local at first.

And finally, what do you hope to have achieved over the next five years?

We’re working on LP2 so hopefully by the time that comes around, we’ll be able to do some memorable international shows – especially with our friends in Japan. Perhaps 2022 will be the year of the festival too.

Mount Forel’s new album Small Worlds is out in early May, with vinyl pre-orders available from mountforel.com now. Have a listen to their latest single ‘Russia’ below. 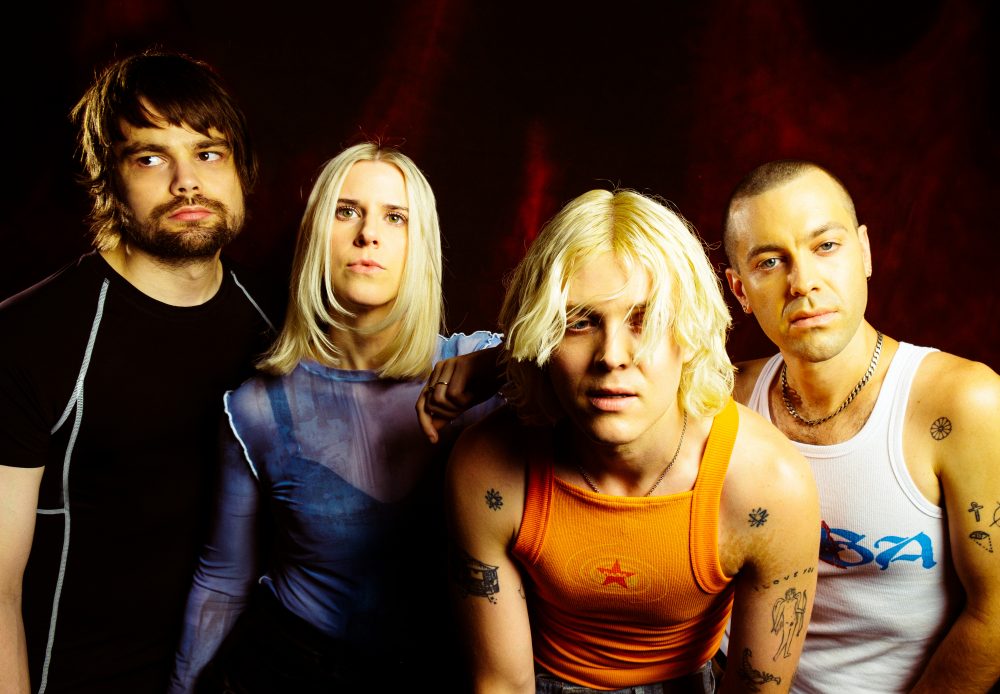