The bar the albums title refers to must be one with a faint aroma of cigar smoke, deep and dark cedar wood tables and whisky as it’s only drink, something like a rural Irish bar or a new, hip inner city pub. The album provokes feelings of despair, elation and everything in between with disco tracks like Living In The Future to heavier rock tunes like Bad Things (That Make You Feel Good). This is the band’s forth album and it shows, the experience of nearly a decade of music and touring has inspired this diverse and unique collection of songs.

The music is reminiscent of the last Arctic Monkeys album Tranquility Base Hotel & Casino and this comes as no surprise as Mini Mansions have toured with the Monkeys and Alex Turner has featured on the Mansions back catalogue. The band is a trio with Michael Shuman (bassist for Queens of the Stone Age), Zach Dawes (bassist for The Last Shadow Puppets- Alex Turner and Miles Kane’s band) and Tyler Parkford. Parkford played keys for the Monkeys on the aforementioned record Tranquility Base Hotel & Casino and he brings these sounds back to the Mansions with dynamic synth beats present throughout the new album. The inspiration for the music is clear with songs alike to those on Miles Kane’s last album whom Zach Dawes has worked alongside.

The album begins with strong bass and drums in the tune Should be Dancing. The song builds up before crashing into a melodic and sing-a-long chorus reminiscent of summer festivals, a strong and effective synth electronic line is heard throughout the song. We burst into the next tune, the full-bodied, sonorous and psychedelic Bad Things (That Make You Feel Good). The song is energetic throughout with Dawes’ heavy bass line providing a classic rock feel to the tune. We then suddenly hit the ground again with the slower and softer noises of Don’t Even Know You before catapulting back into the pulsing rhythm of Forgot Your Name which experiments beautifully with vocals, adding a female voice before flowing into a joyful and poppy chorus.

Elsewhere we have the intriguing and captivating love song I’m In Love and Works Every Time which bares hints of an electronic, synth and disco feel. These disco feelings are transported into the next tune Living In The Future which has a soft yet powerful synth bass line which turns into a heavy and gritty guitar melody. The album begins to turn into the home-straight with its penultimate song Hey Lover which expresses a soft, sexy and compelling set of vocals which features the voice of The Kills lead singer Alison Mosshart who’s honeyed and silvery tones brings the song into a new dimension alongside its blues like piano chords.

The blues are continued into the final track in more of a sense of feelings, with the bitter-sweet song Tears In Her Eyes. The tune evokes many feelings in the way it varies from heavier rock at the beginning to an acoustic finish when the instruments are cut and we have the heart-warming vocals before a jazz- like tone picks up and we hear the expertly crafted vocals of ‘She’s smiling but there’s tears in her eyes’ representing the journey we have all been a part of on this album. The song fades out into a flurry of synth chords but we have time to hear the lyrics ‘Now we are out of time ‘ confirming to us the unavoidable news of the albums tear-jerking finish.

For me, the album was beautifully balanced out with tones of grittier rock to alternative-pop and melodies reminiscent of jazz and blues all the way to heavy metal. It’s wonderfully crafted and doesn’t rely too much on their influences instead it tries to appeal to a new audience. The album’s take on heartbreak is sweet and calming and definitely worth a listen, especially for those trying to get over a heartbreak themselves. Nevertheless, if the Arctic Monkeys were a fine champagne Mini Mansions may only reach a good Prosecco, even at their best. 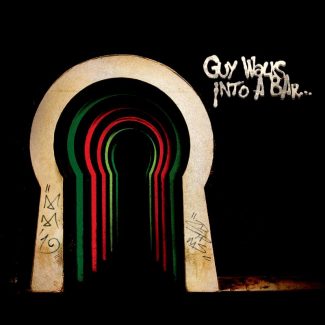