By the time the promotional tours of previous album Everything Must Go were through, Manic Street Preachers had somehow been so embraced by the mainstream and commanded such a sizeable audience they were beginning to play their very own arena sized gigs, it made sense to write songs large enough to fill these large spaces. Originally released in the Autumn of 1998, ‘This Is My Truth Tell Me Yours‘ is an anthem laden album which is too often overlooked in favour for those LPs released at more obviously significant moments in their career. It is worth remembering just how much their fifth full length record would come to characterise how the majority of both hardcore fans and casual listeners alike now believe the Manics should sound and that the singles it produced would continue to feature heavily on almost every future set list no matter the varied musical directions they would later pursue.

The Blackwood boys had come a long way by the time they began to record the demos for TIMTTMY. In just a few short years, they had narrowly avoided being dropped by their label Epic before releasing their third album The Holy Bible through which tortured lyricist and rhythm guitarist Richey James Edwards concentrated his considerable intellect into a lacerating lambaste of what he saw as the West’s declining moral standards, historical atrocities and political failure. During the recording of which, Edwards own various problems including depression, anxiety, anorexia and addiction, accelerated to such a point that his role in Manic Street Preachers became unsustainable and he began to disintegrate. Approximately six months after the release of THB, Edwards would disappear from the Embassy Hotel in London with no clear indication of what happened to him and his fate still a mystery today. With his remaining band mates reeling from the fallout, James Dean Bradfield (vocals, guitar), Sean Moore (drums) and Nicky Wire (bass, lyrics) somehow managed to find the strength to carry on and create Everything Must Go, their most celebrated album to date which chimed with the widespread rise of working class pride during the mid-90’s whilst also dealing with their own personal loss and saw them become somewhat of a household name.

Despite having received a large degree of acceptance in terms of both critical and commercial success, Edwards shadow still loomed large over the band. Not only was his decision to abdicate in such a tragic manner still only recently close, his work was still apparent on their previous album with almost half the material including his words. Initially phased with Wire now becoming the sole lyricist, the Manics had ducked the problem by just concentrating on album tracks for their 1996 release and choosing covers poignant to them for the B-sides. What is startling is how Nicky managed to brush these fears off in a relatively short time to pen what would become a thirteen-track album plus all the associated extras on the singles.

Though their early New Art Riot EP had stated “Nationalism is a created product”, TIMTTMY is deeply rooted in Wire’s rediscovery of his Welshness. Bass amps from this period onwards would frequently be adorned by Cymru and its this new sense of identity and the threats posed to his home country which would become the driving force behind an album which would become a strange synthesis of the newly including Nick Nasmyth’s controversial prominent key work with folk rock. It would be shown on songs like Ready For Drowning which described the fate of the Treweryn village which was flooded to create a reservoir for nearby Liverpool, Be Natural which looks to the beauty of the valleys for solace and If You Tolerate This Your Children Will Be Next – the band’s first single to reach No.1 which was inspired by Labour Party politician David Francis’ call to arms for the working class to join the Spanish Civil War and fight fascist General Franco as part of the leftist International Brigades.

While Wire may have set the direction of the album, it was up Moore and Bradfield to compose the music and their bold sonic experimentations should not be underestimated. On TIMTTMY Bradfield boldly tries numerous new guitar effects with great success, creating an almost alien feel with the odd twang of Tsunami and the strange flanging swoop on If You Tolerate This Your Children Will Be Next whilst I’m Not Working sounds like he’s swapped his Gibson Les Paul Custom for a sitar.

Whilst ambitious and grand in scope, TIMTTMY frequently strikes an intimate note on tracks like My Little Empire, I’m Not Working, You’re Tender And You’re Tired plus Born A Girl which add up to create a constant melancholic tone of the album, only broken by the most obviously commercial sounded single You Stole The Sun From My Heart and the huge scope of The Everlasting.

On this re-issue, the Manics have chosen to swap Nobody Loved You for racing Tolerate B-side Prologue To History. Though Prologue was immensely popular upon release and remaining a deep cut fan favourite, the trade is unnecessary and creates a jarring effect both for those who have cherished the album these past two decades and know what should come next and because it simply does not fit with the album in terms of pacing and tone. The surprise decision is a personal grievance for me as it is my favourite song on the album, having attended most Manics gigs in 1998 in a desert army shirt with the song title painted across my chest. If a swap were to happen, which I would say it definitely did not, it would have been better served changing with album finisher S.Y.M.M. or South Yorkshire Mass Murder which was intended as an indictment against those responsible for the tragedy at the Hillsborough football ground in 1989 and subsequent cover up but feels rather more self-indulgent with Wire speaking more about himself than the 96 who lost their lives.

The second disc includes demos, home recordings and live rehearsals made in the run up to the recording of TIMTTMY. It is interesting to discover that most songs were pretty much complete before entering the studio, with just the odd changed word here and there. It also allows Nicky’s bass lines to power through, making you realise how hidden they are on the finished versions of the songs. When listening to these songs in their early stages and hearing them so close to completion, I am reminded of the quote of Danish existentialist Søren Kierkegaard they would use on the cover of Masses Against The Classes, their first post TIMTTMY release – “Life can only be understood backwards, but must be lived forwards“. If I were to think of a criticism, then it could be said that there is little here that would appeal to anyone other than the truly dedicated fan. But while that may be a problem for other acts, the Manics are hardly in short supply of obsession amongst their followers.

The final disc is an incomplete collection of B-sides from the albums four singles, with a number of live performances not included. The first half features the remixes that came with the second CDs which, though featuring a roster of esteemed artists including Mogwai, Massive Attack, David Holmes and returning collaborators Stealth Sonic Orchestra, do feel slightly dated. Certainly, nowhere near the high calibre of The Chemical Brothers (then called The Dust Brothers) re-working of ‘Faster’ in 1994 or found on the incredibly rare Cooking, Cleaning, Flower Arranging compilation of Journal For Plague Lovers remixes released in 2010. However, the B-sides continue to shine with Montana/Autumn/78 about ecologist terrorist Ted Kaczynski still burning fiercely as ever, Sophie Ellis-Bextor remains utterly compelling duetting with Bradfield on Black Holes For The Young, Wire narrating his travels on Valley Boy and attacking the uselessness of Blair’s Third Way and New Labour in Socialist Serenade only to finish with Buildings For Dead People which would indicate what was to come in 2001 on their next LP; Know Your Enemy.

As with all re-issues, I would always first direct any new listeners to the original source material rather than spend money on an expensive re-worked boxed set because there is a reason why the record was released with that original mix with the track listing in that exact order. However, this 20th anniversary re-issue of This Is My Truth Tell Me Yours is an excellent companion piece for their many devoted followers which currently seems to be growing owing to the high quality of new material these past five years, giving a fresh insight into their mindset when creating the classic album. And while it is enjoyable to revisit this glorious period of history for the band, I am far more excited to see how their current streak of high quality creative output continues and would hate for nostalgia to get in the way of potentially thrilling new material. 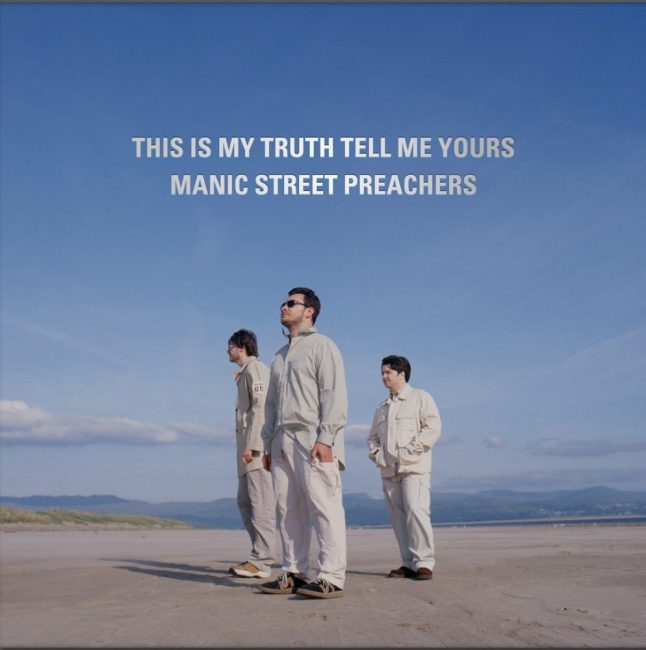