“Another life, another story…” This is how Lauv opens his first official LP, ~ how i’m feeling ~. It’s a sentiment that begins to sew the thread of an emotional exploration of a quarter life crisis in this stunning debut. Lauv is no stranger to stories, in fact the multi-platinum artist, is well known and loved for his emotional pop bangers that ultimately tell honest stories of a life fully lived.

The album plays out like a public reading of a journal; sorting through all kinds of experiences stemming from adulthood and the silences that follow when you’re home from work and no one is around. It’s a change many in that stage of life are familiar with – friendships aren’t as easy as being in class with your best friend, living down the hall from your drinking buddies, or even seeing your family on a regular basis. It takes more effort, but that effort, as Lauv points out, can be difficult.

At the core of the album we see honest wrestling with the careless choices that begin to replace friendships, connections, and relationships for personal fulfillment (“I traded all my friends for drugs and the internet”), a sentiment that isn’t really done cycling through until the end (“Love my friends to death, but I never call and I never text.”)

There’s something really accessible about that kind of honesty and acceptance. (Tattoos together, Changes, Feelings) Lauv has a way of bringing youthful, lighthearted melodies that carry the weight of some heavier questions and content. Leading up to this release, everything from his music videos to his social media feed, only served to reinforce this somewhat lighthearted, self-deprecating humor that begs to poke fun at the duality of experienced pain and pleasure.

It’s that lighthearted honesty that is, after all, his secret weapon and what makes his music so widely appealing. Beyond the authenticity, is his ability to take those true experiences and wrap them up in such a delicate, playful way; reminding the listener that relating to sadness, loneliness, and difficulty is a truly human experience.

While the album can tend to drag out in some places, it’s ultimately a collection of stories that become incredibly enchanting, and easily stuck in your head. Afterall, 10 of the 21 tracks in ~how I’m feeling~ were pre-released, and with that familiarity, fans have something to hold on to, with plenty of newness to discover.

Favorable collaborations I’’m so tired… featuring Troye Sivan, Fuck I’m lonely, featuring Anne Marie, and the LANY colab, Mean it, all highlight the brightest places of his pop produced brilliance. It’s not all sugary pop, though; there’s plenty of more emotionally raw singles to reflect upon as well. (Julia, Tell My Mama, and Who featuring K-Pop sensation, BTS.)

Ultimately, ~ how I’m feeling ~ is a journey in acceptance of changes, plateaus, and mostly, growing up and into adulthood. The magic in Lauv’s music is in how he can communicate universal struggles and emotions in such a lighthearted, almost fun, and accessible way. And while it’s easy to get a little lost in the immensity that is the 21-tracks of ~how i’m feeling~, venting your feelings, whether to a journal or a friend, can tend to drag a little more out of you then you’d initially expect. I suspect that’s the same sensation listeners, both new and old, will discover here as well. 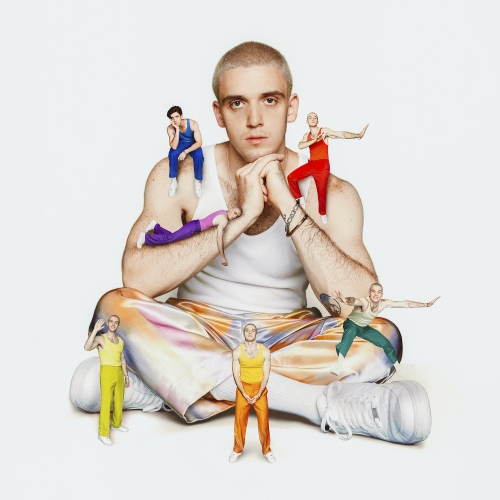