Katie Harkin (of Sky Larkin & guitarist for Sleater-Kinney) has said that on her self-titled debut album that she attempted to combine ‘the eeriness of the English countryside with the pace of the mechanized world’. If this was her intention behind the project, it’s undoubtably a success.

Harkin utilises meandering yet crunchy guitars throughout the album, guitars that convey a kind of English melancholy, instantly evoking rolling, endless fields which one can imagine the anthemic choruses of the album effortlessly rolling over, juxtaposed by an industrial darkness, a shade which falls over every note. But for all the conceptual achievement, this same aesthetic leaves the album feeling distant and emotionally limited at times, despite the charged lyrics addressing personal strength, discovery of self and romance.

The pure consistency and coherence of Harkin is both a curse and a gift. The track listing flows from song to song, each cut sounding like a sincere continuation of what’s come before, each a purposeful brush stroke from an artist intent on painting a full portrait of its subject. On the other hand, however – and this can mostly be blamed on unvaried production and arrangements – consistency turns into repetition once the listener is only a few tracks in. that lackluster and unimaginative mixing means that nothing makes one song stand out from another. What emotion Harkin has to convey is lost, buried in a sonic texture that feels empty, despite the affecting synths and drums that Harkin has to offer. Unfortunately, the audience is forced to stain their ears to find the interesting aspects of each mix.

However, this trend of repetition is broken by a few moments on the track listing. which sees the project explore other genres outside of the post-punk and indie rock they are so familiar with, notably the bright, jangly opener ‘Mist on Glass’ with its tender, melancholic chorus juxtaposed with a talking heads inspired guitar line – it’s a song which begs to be cried out by an arena of fans. Red Virginia Creeper opens as a hypnagogic pop gem and (strangely) move onto a discordant gothic rock direction, which spoils an introduction that could be a breath of fresh air if it continued past a few seconds. The most noticeable exception is New France which sees Harkin show her synth pop stripes, almost reminiscent of the 1975 – if a little more grayscale in its production.

There are two performances throughout Harkin in need of praise, and that award must go to the guitar work and vocals. Genuine skill is displayed by Harkin on the guitar line of almost every song, especially on Charm and Tedium. Likewise, the vocals show that Harkin has some clear talent, with a beautiful voice that can show both tense restraint and the ability to sing out anthemic, Brandon Flowers-style choruses. But some fantastic vocals are simply not done justice by the songwriting at many points. Most verses on the project are virtually anonymous, and few hooks are powerful or varied enough to be memorable. Harkin exhibits her best songwriting – and the power to write an arena quality melodic hook is one reason to become excited about this band, even if their originality (or lack thereof) isn’t – on their brightest and least discordant tracks, especially Dial It In and the album’s highlight, Mist on Glass. One could say that Harkin is trying to be Joy Division when they’re at their best being New Order.

That absence of much originality is one of my main gripes with Harkin. Even the best aspects of this album feel like pale imitations of the its influences: Charm and Tedium sounds like a 90s Radiohead demo, Red Virginia Creeper could be ripped off a The Cure album and the riff on Decade comes dangerously close to being a cover ofKings of Leon‘s Sex Is On Fire – even if it is made more interesting by a stuttering, earie synth line. This doesn’t devalue the achievement the album represents: it perfectly evokes the imagery it went out to evoke, not only lyrically (‘I’m not living my life for you, I’m not living my life’) but with its finely honed sound aesthetic. But for all this, there is nothing to separate this album, which stays staunchly in the narrow road of post-punk fused with indie rock, from both its contemporaries and its influences. This record is a doubtless display of sheer talent. Harkin now simply needs to take that talent down a road less travelled. 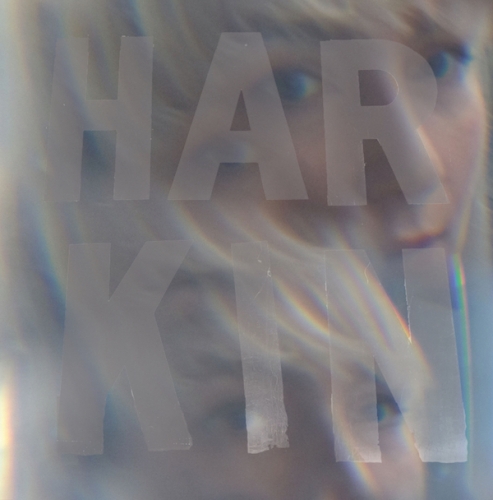