Happyness have a thing for the abnormal – while hardly indulgent or pretentious, they’ve enjoyed exploring the boundaries of indie rock, since their 2014 debut album Weird Little Happy.

As far as their ambition goes, they refuse to lose a step, despite losing bandmembers, Floatr is the first Happyness project to occur following the departure of founding member Benji Compston, seeing the three-piece become a twosome, leaving just vocalist/multi-instrumentalist Jon EE Allan, and drummer Ash Kenazi.

The album is a glimpse at a changing world through tired eyes, one that exchanges hardship for a sombre, druggy appeal that often overcomes its slacker vibe with progression. Mind you, convention is retained, and the only true constant is the album’s haziness.

Happyness live for haze – fluffy vocal deliveries, psychedelic mementos, they fit the dream pop bill despite not conforming to necessities. Some tracks soar with lengthy structure, seeing the album become a little long in the tooth, but with plenty of bite.

The band tries to make the most of its time, some tracks are more urgent than others, some burn slowly. Title Track adheres to the latter; it hesitantly tiptoes through clouds of smoke, like a stoner eager for fresh air – “maybe the drugs don’t quit, and maybe the ball-gag fits itself to me”.

Some soar to even greater heights – Anvil Bitch steams itself through a moody, six-and-a-half-minute journey, and Seeing Eye Dog is the album’s inspirational epilogue, tired and beaten-up, but with all the clarity in the world, fit with harmonicas and seven minutes of indie kid spirituality.

The tall song structures may seem imposing, but when compared to past work, Floatr is linear and nonviolent, the anti-Tarantino indie experience. It’s also optimistic, despite in-band changes – What Isn’t Nurture? toes the line, finding itself somewhere between sunshine pop and angsty grunge, but Undone is drunk and feel-good, Allan’s vocals come unglued, and the gigantic chorus hits harder than any other on the album.

Ouch (yup) adopts similar qualities. It doesn’t jump off the page, but its urgency is off the charts, a reminder of how lively Happyness can be. Contrarily, Vegetable explores a vegetative mind, and what it means to truly exist. Its lyrics are pure and soul-searching – “even as the rain gets on my back, I know I’m bound for nothing” – though its slacker performance style allows its overall vibe to come too close to its subject matter. Oh well, it’s appropriate.

Quite simply, sometimes Happyness just give up and mope. When I’m Far Away (From You) is a snooze of an interlude, romance with a lack of conviction, and Bothsidesing is comprised of slumping verses that soon become choruses made for sporting highlight compilations, fooling the listener with a faux sense of triumph.

Milk Float is electronically-minded, a flash of indietronica. The tucked-away vocals add to the robotics, it’s stiff and unrewarding, until those sweet leads flutter by, and all is forgiven.

Foggy but never polluted, Floatr sees Happyness continue to find ways to be endearing. Whether it be their sentimental approach to neo-psychedelics, their moments of progression, or their loveable melodies, they have a lot to romance you with.

The stiffness of their performance style is eager to counter. Sometimes, Happyness are so laid-back, they become tiring through their own tiredness. Their lyrics are rarely philosophical enough to use this as an advantage, but the band’s better characteristics are set to overcome.

Essentially a tennis match between Happyness’ lackadaisicalness and their wild psych prowess, luckily the latter has the mightier serve, and Floatr is a welcome addition to their catalogue. 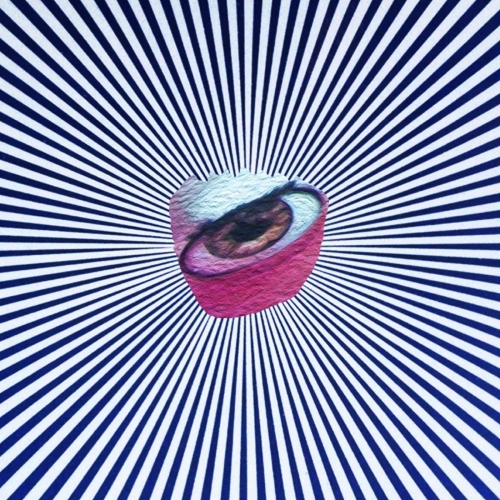