Following on from his debut single Bury Me, 24-year-old George Glew, born and raised in South Wales now residing in Bristol, today reveals his new single Me And My Brother which is available via Atomizer Records as of now.

George explains about the new track:

It’s about my relationship with my brother and how despite the lack of seeing or speaking to each other we’re still there for one another. It also touches on my relationship with the rest of my family and my upbringing, despite everything that has happened throughout my life I wouldn’t change it.

George’s childhood love of folk, blues and soul was nurtured by his parents before finding his later love for rock and indie music. He has been crafting his self-produced sound influenced by the likes of Bon Iver, John Mayer and Jimi Hendrix. The result is an ambitious debut with a big voice and great songwriting skills.

His debut single Bury Me has received support from Annie Mac on BBC Radio 1 and Sir Elton John on his show on Beats Radio. Both singles are out now via Atomizer Records and will be followed by the release of one new track every month for the next year. 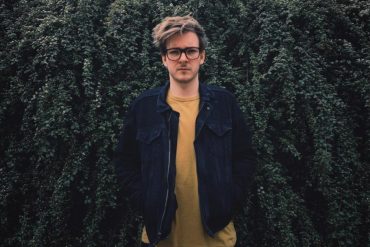