Reassuring, solemn, and endlessly intriguing, Bon Iver presents us with i,i: a creative breakthrough that is less about telling a story, and more about evoking emotion. Through carefully crafted melodies and eye-opening lyrics, frontman Justin Vernon provokes reflective thought, found hidden deep within the album’s captivating peace. Listen below.

Speculated by fans as Bon Iver’s last album, i,i completes a season-based cycle. “Sincerity is Forever in Season” — a video sent to Bon Iver’s fanbase and uploaded to the band’s YouTube channel — cracked the cryptic code for fans. Created by Aaron Anderson and Eric Timothy Carlson, the video connects the dots: For Emma, Forever Ago represents winter, Bon Iver spring, and 22, A Million summer, the cycle culminating with the autumnal i,i. The band’s website confirms what is hinted at in the video, saying that “[t]he 13 new songs on i,i complete a cycle: from the winter of For Emma, Forever Ago came the frenetic spring of Bon Iver, and the unhinged summer of 22, A Million. Now, fall arrives early with i,i.”

Frontman Justin Vernon surprise-released the album three weeks early, the physical edition still set to drop August 30 (via Jagjaguwar). Acting as Bon Iver’s first release since 2016, the album showcases a modern take on folk — a sound found in bits and pieces across the band’s previous releases. Cryptic, complex, and ethereal, i,i  paints Vernon in a new light: a social justice warrior. The album walks us through several “moments,” each song highlighting societal woes, problems, and even the incommunicable to create a whirlwind of emotions and messages.

From it’s airy beginning Yi, the album enigmatically captures listeners’ attention: the intro foreshadows what is yet to come, using a mysterious noise featured throughout the entirety of the record. The opener smoothly transitions into iMi — a masterpiece created in collaboration with several beautiful voices, including Mike Noyce, Justin Vernon, Camilla Staveley-Taylor, and Velvet Negroni. iMi brings us a peace within certainty, highlighting specific feelings Vernon is trying to capture with an autumnal album. The track, which features well-blended harmonies and synthesized instrumentals is an exploration of a definitive calm and sense of reassurance. “I am, I am, I am,” the group sings. “If that ain’t just the truth.”

Taking a curious turn, the album enters unfamiliar territory with the mysterious tribal sounds of We. Complete with a perfect mix of bass, drums, and guitar, instrumentalists introduce brass right into the middle of it all to complete the unique sound that brings the song to life.

Vernon’s voice is heard loud and proud as the fourth track, Holyfields, fades in. Energetic, lively, and upbeat, the intro underlines a message that reflects the opposite: climate change. Verse 2 takes a direct hit at authorities ignoring climate change, Vernon singing, “So you wanna leave a mark?, You’re honing in on Meadow Park?, I heard you guys are very safe, Caught up with the featherweights.” Addressing pressing issues in this way gives the album the push it needs; now we’re listening. After catching our attention, the outro leaves us feeling uncertain: we are given two choices, “Stay, go?” Or, as Vernon suggests with his next verse, we could find a new way out — a new solution to the problems that burden us.

Uncertainty soon fades into a sentimental nostalgia, as Hey, Ma reels us into the deeper emotions of the album. An electronic blip carried through the track steadies the song, bringing the record to a grounding, tranquil place. But, as soon as he fades into the calm seas of tranquility, Vernon brings the song to it’s peak. As synth infiltrates the track, Vernon’s soul is poured out into every line, an intensity surrounding each word.

The singer switches direction (yet again) with U (Man Like) and Naeem, presenting us with two piano-based tracks that gracefully address several issues, including poverty, wealth inequality, and homelessness in America. “I can hear, I can hear crying” writes Vernon, addressing the echoing impact that these issues have on society. The eighth track, Jelmore, takes a similar outlook on societal woes, bringing up the problem of climate change again. However, Jelmore takes the album in a different direction, using a simple, repetitive mix of electronic sounds and distorted notes to remind us that we have a part to play in these issues too. “I’ve the feeling that I better go, so, I slide right out the door,” Vernon sings, subtly reassuring listeners that turning our backs on an issue does it no good.

Faith — likely the highlight of the album — brings us to an emotional roadblock. Given Vernon’s talent for describing both the ethereal and the incommunicable, we are introduced to this world of confusion and doubt that he has created with Faith. The song makes it clear that the singer has struggled with his understanding of a higher power, his angelic falsetto and profound acoustics clarifying select emotions. The track drifts into a similar sounding track, a romantic, short and sweet song given the title Marion. The track brings to light some of Vernon’s talent masked by other parts of the record: his beautiful range and acoustic creativity.

Salem and Sh’Diah both take two more shots at American issues, both tracks further exploring and addressing issues faced by the American population. Sh’Diah — Sh*ttiest Day in American History — brings listeners on a journey through the day president Donald Trump was elected, through the hopelessness associated with that time period. With low brass and a slow, fading ending, the track is somewhat disheartening. Salem, however, lets us know that there is hope, with an optimistic and upbeat blend of instruments and vocals that focuses on achieving peace. It’s ending reassures that there is always room for further growth and collaboration, fading into the definitive ending of the album, which evokes similar emotions.

Closing the record with comforting RABi, fans are likely proven wrong in their speculation that i,i will be Vernon’s last record. It’s light and fluffy melody, paired with a grounding and autumnal sound suggests that this isn’t the end. In the words of album co-producer Chris Messina, i,i isn’t goodbye. It’s simply “see you later.” 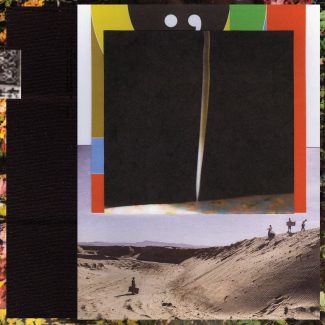