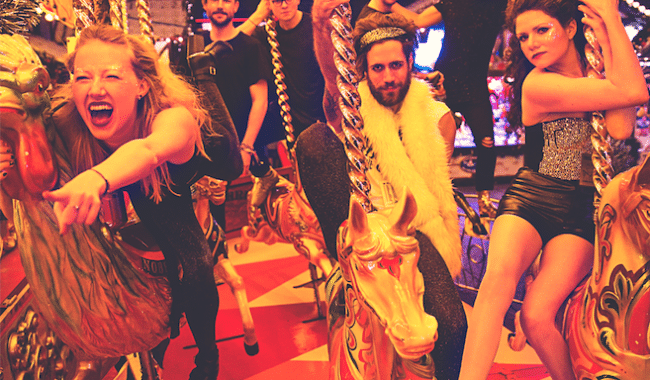 London based band Felix Hagan & The Family have just shared a video for Gene Kelly, taken from their acclaimed debut album Attention Seeker which was released in 2017. On top of that, the band will join Arkells on their upcoming EU and UK dates. Watch the video below.

Gene Kelly is an upbeat track about wanting to become famous and “dance like Gene Kelly” and “dress like Elton John” (I was sold on that line). The video itself follows a story of an aspiring artist visualised in the form of animated cartoon doodles.

Gene Kelly is my favourite track on the album. It was written about the madness that comes with doing this job for a living, and is the definitive statement of who we are as a band and what we want to give to people.

Besides fronting the family, Felix Hagan has recently joined Frank Turner & Sleeping Souls as touring keyboarder on their recent US and Canadian dates.

The band will hit the road next week to support Arkells on their UK and European dates. The UK tour commences in Bristol on November 21st and finished in Brighton on the 29th, with a date at London’s Heaven on the 23rd. Full dates can be found below.