The Australian Britpop Revival trailblazers have returned for a third outing, managing to avoid the pitfalls of diminishing returns without losing their anthemic charm.

DMA’s have always been a band with one foot in the past and the other in the present – but for the first time, it seems as if they are leaning into the future. With a sound committed to English 80s and 90s rock bands including the Stone Roses, U2 and Oasis, it’s not surprising that in his typically facetious manner, Liam Gallagher commented a couple of years ago that he’s “going to boo DMA’s” when he sees them. But Liam might be a little more pleased with the band’s latest effort, The Glow, as it sees a more than serviceable progression into a more developed, varied style – even if the track listing is brought down by some less imaginative songs which feel like filler.

On The Glow, DMA’s progress their Britpop Revival brand past the sound they’ve become associated with into more adventurous territory. The Aussie rockers explore new genres including punchy, electronic new rave on tracks such as Life Is a Game of Changing and Cobracaine, whilst utilising producer Stuart Price’s excellent, effected production on Never Before. This track shows unchanging focus on melody, which hangs over a deep, atmospheric rock backing made ambiguous by heady shoegaze production. It’s matched with low synths, perfectly complimenting a meaty sonic texture. This forms a comfortable bed of stylised timbre, with ethereal vocals lying upon it. Never Before is a song which invites you to fall into it and feel wrapped in its sheets, with enough of a tune to welcome you into its world hospitably.

The title track is a piece of bouncy pop rock which unfortunately does not do the track listing justice. The basic structure carries little imagination and intrigue, making it a song dependent on the chorus you are left waiting for until after the end of the song. The lyrics feel feigned and blandly ‘emotional’ with a weak ‘break up’ theme – it couldn’t reach out to even the most sensitive listener.

Silver more than makes up for the lack of sensitivity and imagination with an instrumental which perfectly fits the lyrical and melodic content. Floating over a subtle acoustic foundation, it opens with delayed, sparse chords reminiscent of Slowdive, and follows with an emotional, infectious chorus which does everything the title track of trying to do (making the latter seem even more unnecessary). With its innovation, inescapable charm and melodic hook, it shouldn’t be surprising that it is the band’s fastest streaming song to date, with 4 million streams in three months. It’s enough to keep old and new fans coming back.

Conceptually, this album borrows from the similarly named and widely acclaimed The Microphones album, The Glow Pt. 2, the eponymous ‘glow’ being a metaphor for the love and connection within a relationship. When the band is avoiding vague and cliched romantic imagery, DMA’s pack passion and introspection into the lyrical department. Lead singer Tommy O’Dell croons on Silver a powerful ‘how do I redefine all my love for you? I guess I look to the sun with you’, a fitting lyric for such a stirring chorus.

Life Is A Game of Changing is instantly attention grabbing, being a track based on sequenced, powerful electronic beats, a new rave, club banger. The genre might seem out of place if not for the same consistent production and lyrics expressing a need to move on, bolstering the narrative of the album. It also features a very Killers-esque chorus which could have been pulled from their 2008 album Day & Age, but with DMA’s new rave twist – which shouldn’t be surprising considering Stuart Price’s production on this album, who was the main producer behind Day & Age.

Criminals is a slice of radio-friendly pop rock with portions of guitar, there only to inject some vibrancy into what is ultimately a pretty bland track. At least the band show some self-awareness by doubling down on the empowerment theme and ‘partners in crime’ cliché expressed in the lyrics, complete with plodding piano chords and even strings towards the song’s conclusion. The electronic influences continue, but this time those influences linger like an unwelcome nineties/noughties’ throwback, even a gimmick, rather than an attempt to update the sound. The sporadic appearances of electronic instrumentation sound jarring and poorly incorporated into the mix.

Strangers reverts to DMA’s more traditional direction, a simple but likeable track at heart which is brought down by overly compressed mixing. It’s innocent enough, but feels uninspired compared to Silver or Never Before, both of which continue the Stone Roses influence but with modern, imaginative production. The latter songs sound like Ride if they had a brief look into the near future, which Strangers fails to do.

Inconsistency is a problem which plagues the album. DMA’s exhibit a desire to move on sonically, with glimpses of progressive production which shows true inspiration, coupled with experimental plays on their refined sound. But too often, DMA’s resort back to compressed pop rock production which might have flown in the early noughties with the likes of Coldplay, but not today. It’s no doubt a place of comfort, even neutrality, but it means that some tracks here lack personality, resembling an elegant shadow, but one which lacks a body to project it. Ironically, the songs which sound lower effort sound the most overproduced.

Learning Alive is immediately similar Criminals in its simple piano driven arrangement, romantic vocal performance and even the same hints of string instrumentation. It continues of a recurring problem of DMA’s offering two similar songs, one being obviously superior to the other. Saying that, it does at least provide some context to Criminals, even if it does completely upstage it.

Hello Girlfriend continues the furthers the upward trend through the track listing and shows some of the strongest songwriting and most true-to-form indie rock production. It boasts a charismatic, memorable chorus supported by a powerful – and equally memorable – bridge, perfectly arranged to squeeze the maximum appeal out of the composition.

DMA’s most stripped back and tender song on The Glow is undeniably Appointment, which shows some of the most beautifully executed guitar work both in the acoustic and electric sections. It’s a rare but striking example of the instrumentation reflecting the emotional content of the vocals and lyrics, and it’s matched with an equally beautiful outro. It’s a display of just why DMA’s Britpop Revivalist style works so well when it does.

Round and Around is another round of unexceptional filler, an example of that which prevents The Glow from being a great album. The song offers little to the narrative of the album, becoming another victim of boring production – without the tune that makes the preceding song so effective.

Having said that, Cobracaine does an excellent job of bringing the album together as the closing track, in stark contrast to the irrelevancy of Round and Around. Opening with crunchy, quietly mixed guitars reminiscent of those which began the album, it’s not long before the danceable, electronic beat motif kicks in. Coupled with DMA’s reliable ability to write a solid tune and pristine mixing, Cobracaine feels like the most varied song on the track listing, a perfect balance of the themes across the record and a perfect closing reflection. This is the melting pot DMA’s were trying to achieve, creating a technicolour stirring of ingredients without them merging into a brown mixture. O’Dell is right when he sings here ‘the last laugh will be mine’.

Saying that, the imagination hinted at on the highpoints such as Silver, Never Before and Cobracaine doesn’t appear across the board on The Glow, which is occasionally interspersed with pop rock filler. On songs such as these, generic, compressed production dominates, resulting in an audible blob. The title track and Round and Around especially are lyrically blunt, with O’Dell crooning some vague musing on a relationship without storytelling. These songs, thankfully few, are often followed by tracks which are similar yet superior. This is both a blessing and a curse, as they highlight the inadequacy of the former.

DMA’s are certainly not reinventing the wheel here – I don’t even believe they were seeking to reinvent their own sound. But it’s the most subtle displays of imagination and exploration which are most impressive. The greatest achievement on The Glow is the band’s ability to continue the sound which made them successful in the first place (powerful but ne’er-too-abrasive guitars, catchy hooks and a sense of current-sounding nostalgia), without falling into a formula.

But even with the less obvious hits from The Glow, you can’t stop yourself from singing along by the second listen. Regardless of the discreet variations in genre that pop up now and again on The Glow, DMA’s could never escape the sing-along, anthemic choruses that brought them to where they are today. And I for one don’t see that as a problem. 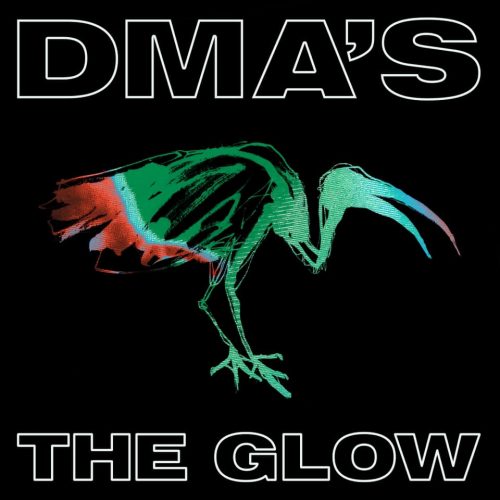