It’s easy enough to get nostalgic about MTV Unplugged if you were around during its heyday. From the iconic Nirvana performance to grunge godfather Neil Young or emo veterans Dashboard Confessional, the MTV Unplugged series was a mainstay in the 1990s, enabling artists to showcase their music on acoustic instruments.

DMA’s are one of the first Australian bands to play an MTV Unplugged session. Tommy O’Dell, Johnny Took and Matt Mason, who are in their late twenties, most likely grew up listening to the iconic acoustic performances too. While most of their material is driven by up to three guitars at a time, tracks such as Step Up The Morphine or Lazy Love show that they are no strangers to stripped back recordings.

Filmed and recorded on 11th October 2018 at Memo Music Hall, Melbourne, the album opens with Feels Like 37. While the original version from the 2015 self-titled debut EP is one of the fastest in their arsenal, the unplugged version is much slower and reduces the song to a ballad allowing O’Dell’s vocals to soar.

The unplugged performance does justice to the songs but is particularly refreshing on some of their newer material, such as The End or Emily Whyte from last year’s sophomore album For Now. While the production on the original versions was rather electronic and perhaps not to everyone’s liking, these songs shine thanks to the unplugged instrumentation.

The album’s highlights are Step Up The Morphine, their signature single Delete as well as a cover of Madonna’s Beautiful Stranger, which fits the 90s setting perfectly. While DMA’s continuously play larger venues and more prominent festival slots, MTV Unplugged Live shows that they’re equally suited for intimate acoustic performances. 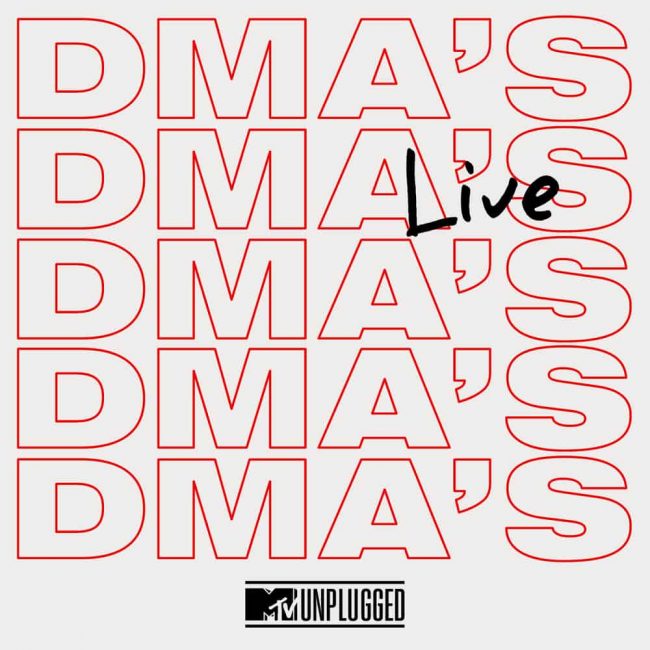