Having already made his mark as one of the more exciting and original songwriters to emerge in the UK over the last few months, singer and songwriter Conrad Ashton recently returned with his latest EP No Post On Sundays, led up by the new single Like No One Else Do.

With his fun and upbeat demeanour, Conrad whips us through his latest release with little more than an acoustic guitar and his own powerful voice. Striking comparisons to the likes of Frank Turner and Billy Bragg, the frontman makes for a bold and instantly impactful listen.

So with his new EP delighting so many at the moment, we sat down with him to find out more about it and what plans he has for the future.

Hi Conrad, how are you today?

Good aye! Back working full time in a call centre but still finding time to work on new music and getting back to the gym is good too!

Passionate, bouncy and hopefully endearing! Across everything that influences me, Pete Townshend’s guitar style, stage presence and song-writing would top everything. But Elvis, The Jam, Oasis, The Rolling Stones and The Beatles have all strongly influenced me too in all aspects of my music.

You have just released your new single ‘Like No One Else Do’. Can you tell us how that track came about?

It came to me quite easy and developed over time. Originally it was just the 4 verses and the first repeated and of course it grew then developed two key changes! Haha It was written about someone I thought a bit about to get the full scoop ya gotta listen to it!

No, I just try to let the songs write themselves, not force anything, develop them over time and let it happen naturally really!

You have also released your latest EP ‘No Post On Sundays’. What was the inspiration behind those songs?

Essentially life in general and my experiences they cover a range of different things ‘Like No one Else Do’ is essentially love, ‘Those were The Days’ is just about looking back fondly and building a future with those around you, ‘I’m already gone’ tackles mental health and about life if you weren’t here in a sense and ‘Time’ is an acoustic version of my last single which is about making the most of life and your time and not been a waster seize every moment and be the best you.

And are you pleased with the end result?

Looking back definitely, the response reaffirms this. I would have liked more complex arrangement and instrumentation but in hindsight that would have potentially detracted from the lyrics and themes. Me and Stu the producer for the EP made the call that we were gonna keep it as stripped back as possible without being too basic.

Many gigs were cancelled sadly but safety comes first for the fans of course! Hopefully some gigs by the end of the year if safe to do so and of course more music! I have two albums worth of material written to the same standard and beyond the EP so gotta get it out there somehow! I have found an amazing PR company in Liberty PR and we have some big plans. I have a fantastic graphic designer in Alex Close also who does everything from pics, social media images, music videos, a small team but a good one!

And finally, what is the strangest thing that has happened to you since you started as a musician?

Some of the DM’s I get are mental. I was asked ‘do I still walk with the lord’ yesterday…CRAAAZYYYYY!

Conrad Ashton’s new EP ‘No Post On Sundays’ is available to stream and download now. Have a listen to it in full via the player below. 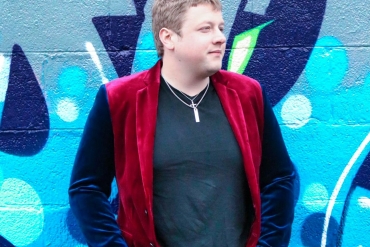