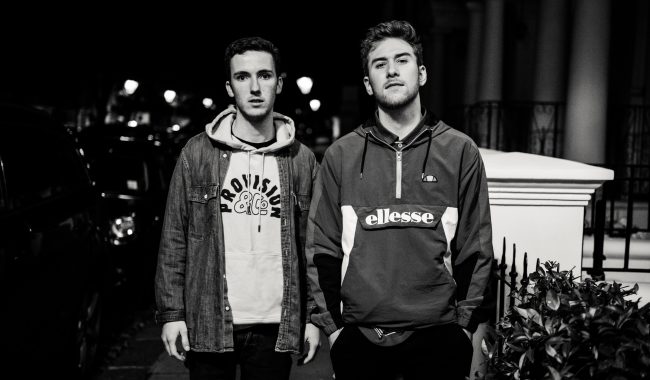 Canadian duo Cleopatrick might just be the loudest two piece since Royal Blood. Following on from a sold out UK tour, the band have just dropped their first new music of 2019 in the form of new single sanjake. The track comes with a lyric video. Watch and listen below.

Consisting of childhood friends Ian Fraser and Luke Gruntz who bonded over a shared love for AC/DC, Cleopatrick released their debut EP in 2016. Their sophomore EP the boys was released in 2018 to critical acclaim and included hometown, their most successful song to date. With support from Radio 1, they recorded a live session at BBC’s legendary Maida Vale Studio 4.

Commenting on how new single sanjake was conceived the boys said:

after the insanity of 2018, we began to feel a lot of pressure to put something out… that’s the kind of shit that brought this genre down over the last 20 years… it’s backwards. fuck that…

here’s a song about our best friends, sanjay and jake. “sanjake” is designed to incite vicious mosh pits and a sense of existential triumph.

Cleopatrick have just finished a sold out UK tour and are currently touring Europe before heading to the US for a run of headline shows. All dates and ticket links can be found here. You heard the boys, now get that mosh pit going.

Sanjake is out now via all digital outlets. A full length debut album will be released later this year.