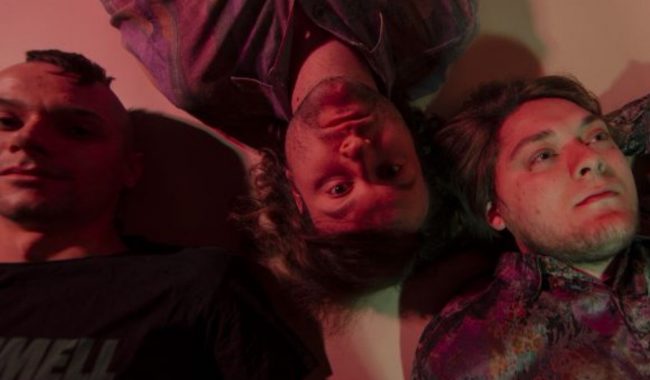 While the resurging interest in shoegaze may have peaked a couple of years ago, fans of the sound of expansive swells of fuzz and distortion accompanied by melancholic half sung vocals will find new champions in Southampton based trio Burning House.

The latest acquisition of MIOHMI Records, an independent label created by none other than Ruby Taylor of Yumi And The Weather fame, who have just released the three-piece’s first album Anthropocene which references the current era of Earth which sees human industry as the driving changing force upon the environment, inevitable climate collapse and oncoming mass extinction.

Already seized upon by the most discerning pages of the online press for their promising early singles Tracers and Peach’, Burning House may be late to the party but drummer Dominic Taylor, guitarist Aaron Mills and Patrick White certainly sound like they are going to be the biggest upstarts of the year.

Anthropocene’s blazing character is first set with lengthy intro track Mimosa which sets the tone for the rest of record by first teasing with a heavy air of expectation as long rows of effect pedals create a heavy sense of atmosphere without even a single string being plucked before the band snaps into action and makes good on the promise of an electrifying performing. The devotees to noise then push the intensity up a notch, rapidly speeding through a radio friendly yet still intense single Mirror Song. Some respite comes with wistful and nostalgic third track Souvenirs which takes a more relaxed approach whilst still almost concealing more layers of distortion in a single sweet song than most bands implement throughout their entire careers.

Burning House – If You Won’t

If You Won’t has all the hallmarks of a classic shoegaze tracks, complete with pained lead guitar riffs that veer into wonky stumbles of yanked whammy bar, sung / spoken vocals from multiple members and a heavenly accession of churning overdriven guitars and a beautiful spaced out void which envelops and consumes. No wonder why it was selected as their latest single as it ticks all the boxes of the genre they so clearly love. If you really wanted to be harsh, then it could be marked down as derivative and clinging too firmly to a sound first pioneered in the late 80’s. However, they have learnt their lessons so well the execution is perfect and the flawless invoking of the past just feels so damn good.

It comes as a surprise that the title track, Anthropocene’, is the least remarkable point of the album. Merely a scene setting disposable 92 seconds of shimmering static which is little more than a setup for following song Forever’. While the ensuing fury of is certainly impressive and benefits greatly from the initial rise in tension, it does make me wonder why bother defining them as two separate songs as neither could really be played separately or in any other order.

Things take a turn for the even stranger with Languor; an almost operatic howl of magnetic fields which, ironically, conjures images of the aurora borealis over a drastic arctic wasteland rather than implying the pleasurable lethargy suggest by its name, and then Elvis Monika which is a creepy come down whispering somewhere from the dark recesses of a brain previously awash with chemically induced serotonin now trying to make sense of what just happened.

Big Tinted then, acts like recovery tearing the listener away from the outer realms of paranoia to once again return to the fold of giddy psychedelia. However, it feels like nothing will ever feel as good as that original burst of pleasure as Fragments and 13 Moons take a more delicate and considered approach. That is until Her Vowel No unexpectedly smashes in through the wall like a jackhammer. Begging to be Burning House’s next single, the song is loaded with hooks and an acid burn of venom three quarters of the way in.

The debut album starts its downward ascent and prepares to land with the almighty Robinson. Gigantic in size and epic in scale, the eleven-minute-long song marries their beloved shoegaze with post rock sensibilities. Lay back and enjoy the alpha waves stimulating what little neurons you have left before album closer Awning which explores the tantalising (or is it tormenting?) prospect of Nietzsche’s Eternal Recurrence reminding us to be careful of all choices, as with an infinite universe with limited outcomes we are condemned to repeat our every thought, word and action forever. If this is true, then I can think of far worse fates than listening to this stunning first LP now and far beyond the point of comprehension. 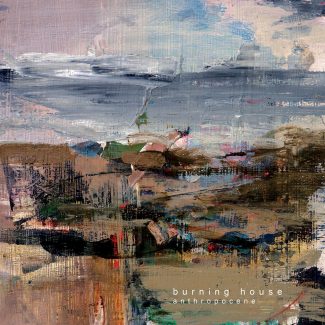