Former The Gaslight Anthem frontman Brian Fallon has just announced his third solo album Local Honey will be released on March 27th via his own label Lesser Known Records / Thirty Tigers. Coinciding with the announcement, Brian has also revealed new single You Have Stolen My Heart, a beautiful acoustic ballad. Listen below.

Brian commented on the new single:

‘You Have Stolen My Heart’ is my most direct attempt at a love song. I wanted a song that wasn’t aware of what it was or wasn’t, it was just true. The rhythm has an almost calypso feel inside of an Americana song.

With The Gaslight Anthem on indefinite hiatus (save for a run of anniversary shows last year), Local Honey follows on from 2018’s Sleepwalkers and his 2016 debut album Painkillers. The album was produced by Peter Katis (The National, Death Cab for Cutie, Interpol, Frightened Rabbit) and is probably his most personal release to date. The New Jersey-based singer adds:

Every single song is about right now. There’s nothing on this record that has to do with the past or even the future, it just has to do with the moments that are presented and things that I’ve learned and I’m finding in my day to day. This record is 100 percent about the day today. It’s not about these glorious dreams or miserable failures, it’s just about life and how I see it.

Local Honey is the first release on Fallon’s own label Lesser Known Records for which he teamed up with Nashville-based distributor Thirty Tigers (Jason Isbell, Sturgill Simpson, John Prine). 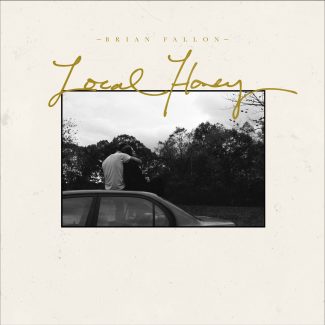 The album’s release will be celebrated with a world tour (including his longtime live band The Howling Weather) set to arrive in the UK in May 2020, including London’s Shepherd’s Bush Empire. Tickets are on general sale as of Friday December 13th. Tickets here.

Brian Fallon – You Have Stolen My Heart (Video)