Blood red is the new black. Like a reconnaissance of caves, each darker than the last, Blood Red Shoes’ discography is an ongoing incitation to fill already-black voids with one’s own crepuscule. While the flow of 2019’s ‘Get Tragic’ bludgeoned with garage rock energy, follow-up ‘Ghosts on Tape’ lives up to its title by channelling the misery of a global pandemic.

The klaxon-like keyboards of ‘Morbid Fascination’ actually appear chirpy compared to the bulk of ‘Ghosts on Tape’. While it may not encapsulate the album’s torn-apart manifesto – more Satan’s cookbook – the song is an evident high for the duo; an insistence on unique, whilst shaping itself perfectly into today’s hallowed alt rock zeitgeist – alongside a few other bits and pieces, most notably ‘I Lose Whatever I Own’, it’s Muse-like.

But the norm for Laura-Mary Carter and Steven Ansell – heavily persuaded by the cancelled plans and geographic separation spawned by the pandemic – is to play the part of serial downers, shifting shape ever so slightly to fit a beast that bit more frightening. Blood Red Shoes are the vampiric folklore creatures of their craft, spiked by the gloom of isolation, whilst sporadically renewing the garage energy of ‘Get Tragic’ on cardio machines like ‘Give Up’.

Not even those energetic tunes could make ‘Ghosts on Tape’ appear extroverted, though the album does flick through a little book of influences in a manner that teases embrace. A few corners resemble CHVRCHES if their synthesiser suffered from stage fright, as much a part of the action, but hiding its face to contribute with Frusciante-style subtlety; the “it’s not about me” approach of a Pink Floyd concert. Save for post-industrial meltdowns like ‘Sucker’, on which the keyboards breathe upwards like melodic chimneys, this nuanced synth-wave is the duo’s principal creative stamp, multiplying atmosphere when necessary, but as ‘Begging’ proves, such a feat may just as well be achieved with six-inch-deep guitar picking or double-focussed percussion pulses.

The other cherished piece of inventory is a rhythm guitar that attacks with a cold, hard crunch, appearing like a miked-up, amplified, raw vegetable-eating session on ‘I Am Not You’; a deliberate, unsubtle contrast to those synth dealings. There’s a natural immensity on offer, albeit somewhat of a glorification; these are the guitar drills that have become commonplace in the modern alternative climate, but Blood Red Shoes’ version isn’t without satisfaction, one that evokes a contented, throaty response, like bopping on an enemy’s head in a video game.

They’re burning their guitars; a volcanic downpour that pushes further harmony into already-existent harmonies, like the double-voiced ‘Dig a Hole’, the unrelenting, indie ooze of which resembles a slowed, imposing ‘It’s Just Forever’ by Cage the Elephant. Guitars conjure wild, chromatic licks on ‘Murder Me’, like a dark-humoured phantom of the opera, while closing track ‘Four Two Seven’ completely shuns them; conspicuous like spontaneous combustion.

But the gravest reminder of the album’s dark attentiveness is its starting pistol, with opening track ‘Comply’ featuring a build-up of violence, leading to Steven Ansell’s most demented bellows – “I will NOT…COM…PLY”. Most impressive is how naturally Blood Red Shoes have progressed into such a dusky clime, a clime where barbarism is anecdotal. The duo’s next venture will be purely comprised of backmasked readings of satanic scripture. 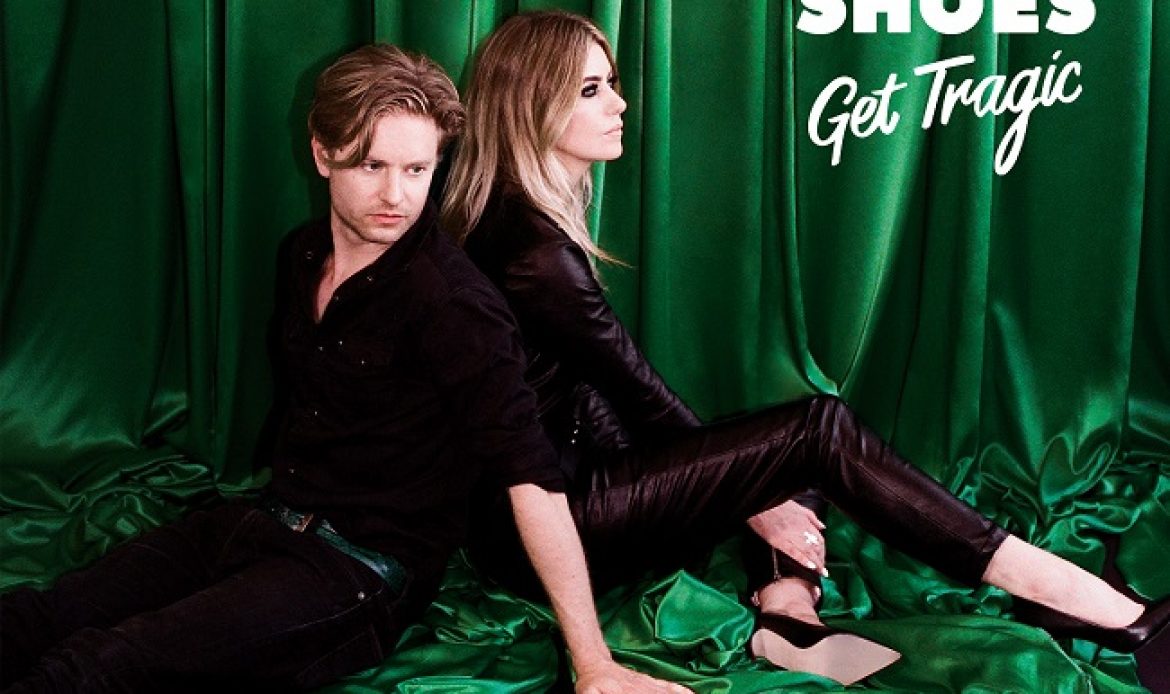