London four piece Telegram will release their new single You Said You Saw Us on November 4th. The single is the first new material since the band’s critically acclaimed debut album Operator which was released in February 2016.

The new single is available at all major outlets and will also come as part of a special digital edition of the album, which is priced at £7.99.

Formed over three years ago, Telegram effortlessly combine a love of Roxy, Barrett, krautrock and late proto-punk to great effect. They’ve built up an ever- growing fanbase of critics and public alike with extensive touring in the UK, Europe and America since the release of their debut single Follow at the end of 2013.

Telegram will embark on a UK tour this fall with hotly tipped South London outfit Phobophobes in support. The week long tour kicks off in Leeds at the Brudenell Social Club on Thursday the 27th of October and finishes up with a London show at The Boston Music Rooms on Thursday 3rd of November. In December, the band will head to the US and Canada for a string of dates with The Dandy Warhols. Tour dates can be found below. 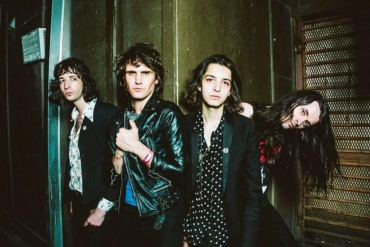 Telegram reveal video for You Said You Saw Us