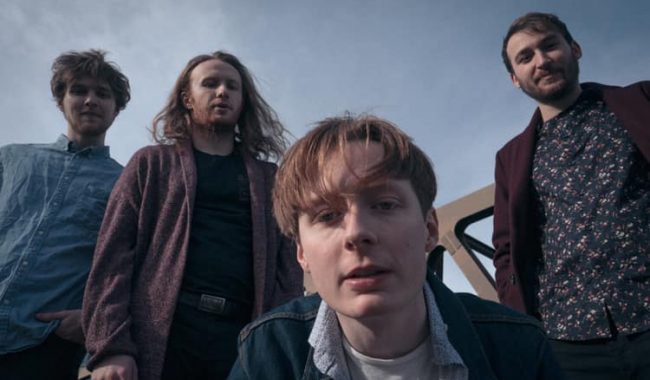 Revolvers are a London based four piece named after the iconic Beatles album “Revolver”. The band have just released their brand new single Rubbing Shoulders With The Devil, a commentary on the angel and devil on your shoulder moments in life, alongside a Stanley Kubrik inspired video. Watch and listen below.

Naming Bowie, The Rolling Stones, The Beatles as well as Radiohead and Arctic Monkeys as their influences, The band was founded in 2016 and consists of James Thurling (Singer/guitarist), Rhys Kibble (Drums/backing vocals), Steven Morrison (Bassist/backing vocals) and Will Oliver (Guitar/backing vocals).

Their debut EP Your Indie Heroes Will Betray You was released early in 2018 to critical acclaim. In the summer of 2018, they went back to the studio to record four new songs with producer George Apsion (White Lies, Sundara Karma). This new material leans towards a heavier rock sound than their debut EP, Rubbing Shoulders With The Devil being one example.

Revolvers – Rubbing Shoulders With The Devil