Rock for People is one of the largest Czech music festivals having grown from an attendance of 1,000 people in 1995 to 625,000 in the last four years.

Whilst the festival is no stranger to rock royalty on it’s line-up, 2020 arguably had one of their most impressive headliners as the Hella Mega Tour featuring Green Day, Fall Out Boy and Weezer swung past with a quick pitstop at FestivalPark. It then only seemed right that the most hyped band of 2020 took the final headline spot in the form of The 1975. Here’s our pick of must sees, had the festival not been cancelled due to Covid-19.

I’m always wary of things like horror-punk, I feel like they’re a bit try too hard for mediocrity. As Creeper worked their way into the psychy of the UK punk scene, in the late 2010’s they soon became one of the most exciting bands around. However playing an arena tour with All Time Low, taking main stage slots at Reading & Leeds as well as Slamdunk Festival nearly killed off the band.

One feigned band breakup later and they’re back with new music. These guys love performance art, so it would have been worth checking out their set just to see what the resurrection would bring.

Fake Love is that song which you know, yet you have no idea why you know all the lyrics to it. Their breakthrough hit in 2016, Fake Love gained mainstream popularity and has racked up over 13 million streams on Spotify.

Whilst you might not be familiar with the rest of the California rockers back catalogue, they have fans in high places. From sharing stages with Blink 182 to drawing comparisons with Linkin Park and Twenty One Pilots, the band played a blinding set at Reading & Leeds Festival last year and were expected to bring the same energy into 2020.

Stadium ready was how critics described The Amazons during their crazy breakthrough in 2017. They popped up on everyone’s ones to watch playlist, were nominated for multiple awards and found critical acclaim with debut self-titled album.

Black Magic found incredible success from this album, namely due to it’s anthemic choruses and memorable hooks. Although they now have a second album to tour and promote, Black Magic is an event to see live. As the opening bars play it energizes any crowd, a must-see for any festival.

The Faim have seen their career hit warpspeed in the last two years. Despite being relatively fresh out of school, the Australian four-piece have crafted a mature noise with singback choruses.

During the creation of their first album industry staples such as Pete Wentz (Fall Out Boy) and Mark Hoppus (Blink 182) gave a helping hand, which you can really feel on Human.

It wouldn’t sound out of place on either band’s albums, which can’t be a bad thing!

Canadian punks Pup sound like they belong on a Tony Hawk soundtrack. Fast, energetic beats are their specialty and this transfers into their live shows as they put on a formidable set.

Free At Last is taken from their third album Morbid Stuff released in 2019. A 36 minute foray into depression, liberation moments and the self-depreciating bliss of a sheltered suburban loser, it’s ultimately an angry rant set to upbeat, rhythms. 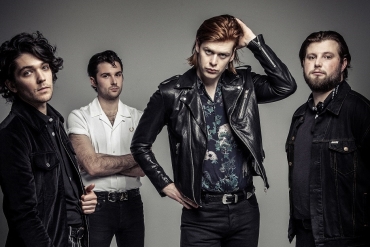 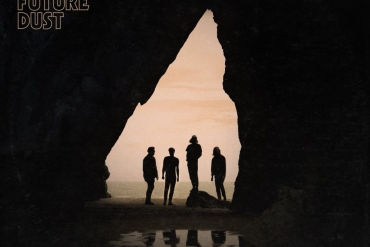