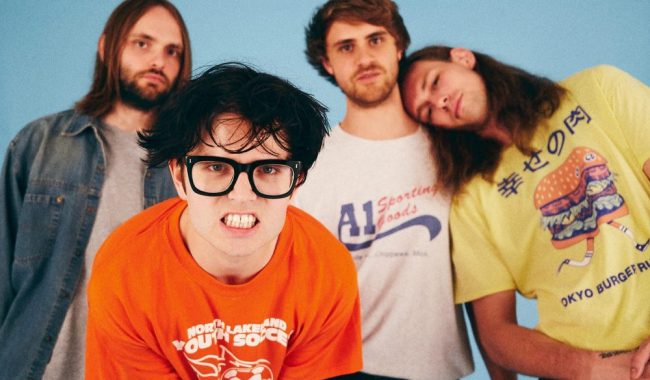 Kent power pop four piece Indoor Pets have recently announced their debut album Be Content (out March 8 via Wichita). Today, the band drop a crazy video for their most recent single Being Strange. Watch and listen below.

With the song’s concept revolving around the celebration of being weird, it seemed like a no brainer to have a music video that is a little bonkers. We wanted to test the boundaries of what is acceptable for a “music video” taking inspiration from the overly used “send us your fan submissions” trope.

Indoor Pets were formed out of school and soon began gigging around the UK. With support from BBC Introducing and an ever growing fan base, they recently dotted the line with Wichita. This December, they will support Ash on their European dates before heading out on their own UK headline tour in April. All dates and ticket links can be found below.