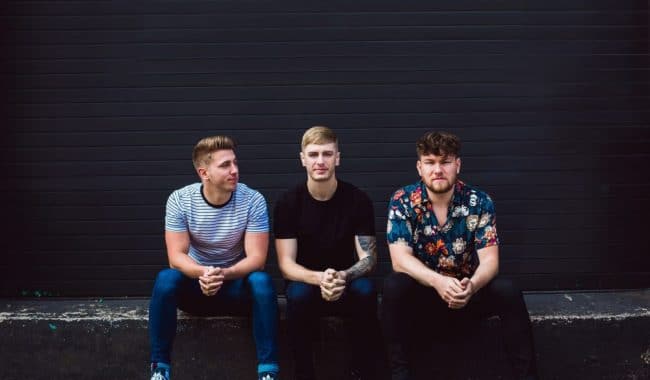 Idolising Nova a rising trio from Peterborough, who have dropped they infectious new single You Told Me You Could Dance today via Poetic Hustle Recordings. Listen below.

The band was formed in 2016 by Jack Fulton Smith (bass & lead vocals), Kris Lee (guitar) and Kyle O’Sullivan (drums & backing vocals). Their first gig took place at The Voodoo Lounge in Stamford in June 2016 and sold out well in advance.

Since then the band have gained radio airplay from the likes of BBC Radio 2, Kerrang Radio, BBC Radio Wales, and BBC Introducing Cambridgeshire.

Idolising Nova have made themselves a name as a captivating live act. The have recently supported The Vamps on their Night And Day Tour across Europe and appeared at Y Not Festival and Wilkestock Festival.

This September, they have headline shows scheduled for Brighton, Leeds and London. All dates and ticket links can be found below.

Idolising Nova – You Told Me You Could Dance