Aussie sixtet Fairchild today release their new single So Long And Thank You from their forthcoming debut album of the same name. The track itself is a mellow pop rock song with a lot of nods to the 80s that builds up to synths and guitar laden crescendo. Listen below.

While the title may suggest a goodbye, the song and album mark a huge step for the band who recently returned from a two-year stay in Manchester, UK, where they focused on performing, touring and finishing their record. The album will be released on August 4th via the band’s own label, Canvas Sounds. The artwork and tracklisting can be found below.

So Long and Thank You was produced and mixed by Catherine Marks (Foals, Wolf Alice) and is a collection of tracks that traces Fairchild’s experiences from Australia to the UK, and back again.

The track we chose for the album title represents the collective emotions and experiences the six of us have shared together. I guess it’s our way of saying goodbye to Manchester and thank you to everyone we met and lost along the way. Just like we did when we left Australia over two years ago. 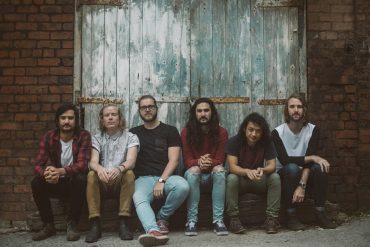