Having recently announced their sixth album Violence (out on March 9th via PIAS Recordings), Editors have just revealed album cut Hallelujah (So Low). The new song comes with a video directed by renowned photographer, director and long term Editors collaborator Rahi Rezvani. Watch and listen below.

Their first new record in 3 years, Violence follows on from 2015’s In Dream, which reached #5 in the official UK charts. The album’s first single Magazine was revealed in January. The album artwork and tracklisting can be found here.

I wrote the words to ‘Hallelujah (So Low)’ when I got back from a trip with Oxfam, visiting refugee camps in Northern Greece. It was obviously an incredibly moving trip, seeing people living in dust, surviving only on the help of others was very moving.

To celebrate the release of Violence, Editors will play three special UK launch shows in March. Tickets to these shows were available with pre-orders of the new album via the band’s official store. All album launch shows have now sold out. 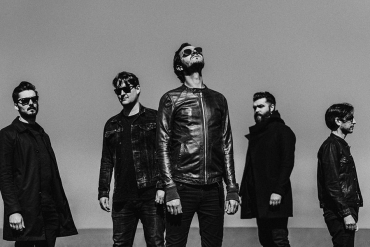