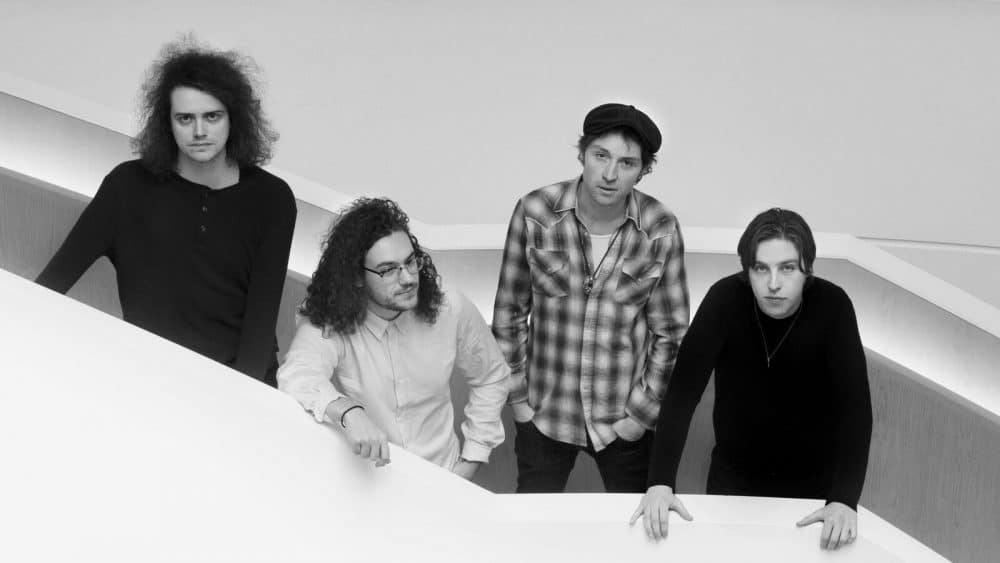 Catfish And The Bottlemen have just premiered their brand new track Fluctuate with long-time supporter Zane Lowe on his Beats 1 show. Already a live favourite, Fluctuate is the second track on the new album The Balance which will be released on April 26th. Listen here.

Fluctuate follows on from recent single Longshot which has amassed well over 2 million streams on Spotify since. Falls will be able to hear more track from The Balance on the sold out UK arena tour that kicks off in Nottingham on February 19th.

The Balance was recorded in remote locations in Ireland and East Lincolnshire, where the band lived together to record the new album with Jacknife Lee.

When I’m writing a new song, the audience is all I really see. I get a vision of them in my head before I properly hear the melody or anything like that. If we put three or four of these songs in the set, it’s going to be so strong. This run of shows we have coming up is just perfect timing, getting the chance to play new songs that go hand in hand with a wild night out.

Another run of UK headline dates throughout May has recently been announced. Tickets for this tour are selling fast with Cardiff and Dublin having already sold out. The band will also head to Europe for a run of intimate club shows before taking on the festival season. All dates and tickets for the remaining dates can be found below.

Catfish And The Bottlemen – Fluctuate

Catfish And The Bottlemen drop new single ‘2all’