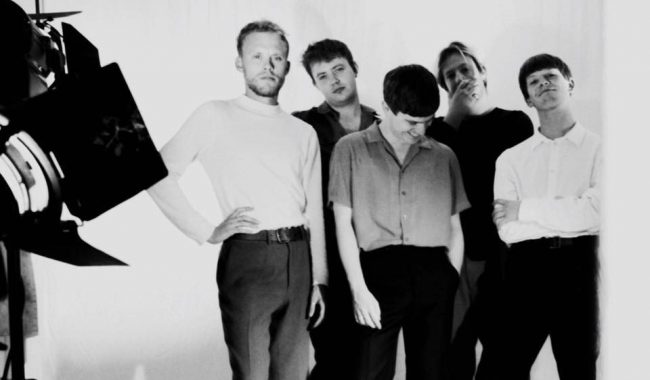 Weird Milk bring you summer all year round with a chilled-out 60s sound, made for 2019. Hailing from London, they’ve just been added to the first batch of acts to play The Great Escape Festival 2020. Ahead of their First Fifty show, their drummer, Charlie Glover-Wright, spoke to Indie is not a Genre about the band’s inspirations, heroes and the music scene in North London.

Grace: How did you all meet?

Charlie: Me and Zach met at secondary school together and bonded over our love of guitar music. Alex and I have known each other since we were babies and live next door to one another. Me and Zach moved to London to pursue our musical dream and low and behold Alex had too! So we formed Weird Milk. Blue went to the school opposite mine and we had mutual friends, and Harry was a friend from other bands.

Grace: Your music is woven with an updated, modernised 60s sound. How did the decision to emulate this come about? Or was it more of a natural process?

Charlie: When we were first trying to write songs for the band we were going through a lot of music – anything to give us a buzz and get inspired. We had Zach’s phone on shuffle and ‘Let’s Go Away For A While’ from Pet Sounds came on and blew our minds. Zach had heard it but never as deeply as we heard it that day or night. So it then just became the benchmark for our songwriting with the hope that one day we can do something as beautiful as that.

Grace: Who are your musical heroines/heroes?

Grace: What’s the music scene in North London like?

Charlie: There’s always loads going on everywhere! We live right next to a pub called The Finsbury which has always got something going on, and then we are very close to all the venues further east so we head all over.

Grace: What songs do you listen to the most when you’re on tour?

Charlie: ‘In The Summertime’ by Mungo Jerry has become our anthem. We know all the words as well as every detail about the writing and recording process. The lead singer is called Ray Dorset and he says that ‘…Summertime’ is the second most well known song ever, pipped to the top only by ‘Happy Birthday’.

Grace: Congratulations on the First Fifty addition! If you could headline any festival in the world, (existing or no-longer running), which one would you choose?

Charlie: Thanks very much – very excited for that show! Erm, I would say Glasto would be nice, and for no longer running, Woodstock, and for never existing I’d say Waynestock. 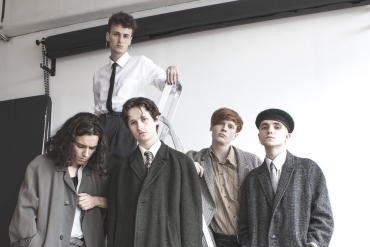 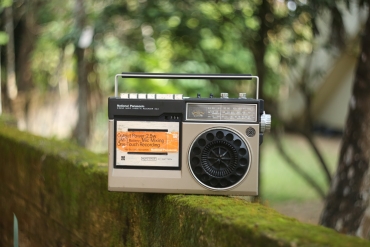