New York power pop duo We Are Scientists have just revealed their sixth album MEGAPLEX will be out on April 27th via 100% Records/Grönland Records. The announcement comes with new single, One In, One Out, and the accompanying video. Watch/listen below.

On new single and album opener One In, One Out We Are Scientists venture into new territory with vibrating synths, four to the floor beats and stunning colourful visuals directed by Jed Mitchell. MEGAPLEX  was recorded at Tim Wheeler’s (Ash) Atomic Heart Studios in NYC and once again produced by Max Hart who has previously worked with Katy Perry.

In the past we’ve used our music to educate, to enlighten, to awaken people to the depth and complexity of moral concerns. This time, we really wanted to drop a fun-bomb. Something to dance or f*** to.

We Are Scientists consist of vocalist and guitarist Keith Murray and bassist Chris Cain. They released their debut album With Love And Squalor in 2005 which included hit single and dance floor mainstay Nobody Move, Nobody Get Hurt.

The band have also announced a run of headline dates across the UK and Europe this spring. All dates and tickets can be found below.

We Are Scientists – One In, One Out 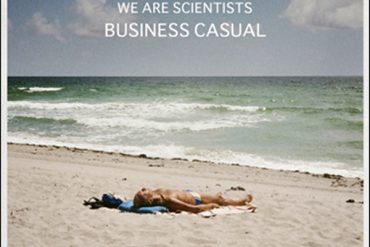 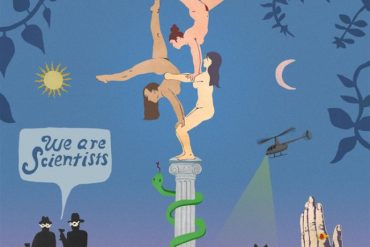 Review: We Are Scientists – Helter Seltzer 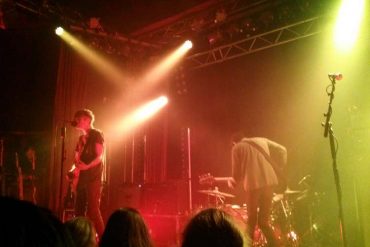 Review: We Are Scientists at Lido, Berlin