Voodoo And The Crypts are a Brighton-based four piece playing infectious tropical pop. Orginally from Essex, the quartet moved to Brighton in November 2015 where they started playing music together.

Taking inspiration for the name from A Guy Called Gerald’s acid house classic Voodoo Ray their sound is full of tropical guitars and catchy hooks. On August 19th, the band will release two new tracks, Breathe and 1934. Both tracks can be streamed below.

With an energetic live set, the four piece are making a name for themselves in Brighton’s live scene, having played popular local venues including Sticky Mikes Frog Bar & The Prince Albert, Patterns and headlining BLEACH. They are booked to play Together The People festival at the end of this summer. 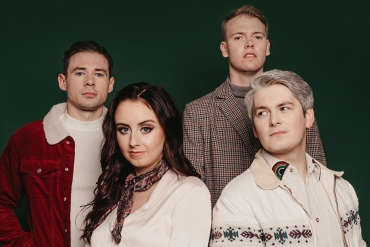