Youth Hostel follow up recently released single It’s All In Your Head with an animated video. Watch below. The track was released on Liverpool’s Rooftop Records as part of Singles September.

It’s All In Your Head follows on from the success of debut single, Out Of My Mouth which has had a huge amount of radio support from Tom Robinson (6Music), Janice Long (BBC Radio 2) and Dave Monks (BBC Introducing).

Despite only playing together since January 2016, Youth Hostel have already been praised by Gigwise and Clash for their recent live shows and are starting to gain a massive following in the North West. 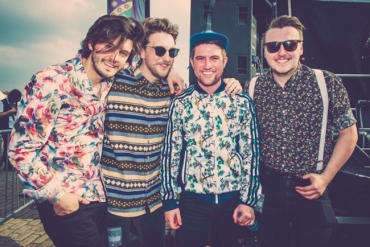 Youth Hostel reveal new single It’s All In Your Head