London garage rockers King Nun have just revealed a new video for their most recent track Family Portrait. The song is taken from their forthcoming debut EP I Have Love which will be released via Dirty Hit (Pale Waves, The 1975) on November 9th. Watch and listen below.

Family Portrait follows on from previous singles Chinese Medicine and the raucous Heavenly She Comes and is available via all digital retailers as of now. The I Have Love EP is available to pre-order on heavy weight white vinyl from the Dirty Hit webstore.

Known for their energetic live shows, the four piece are supporting Pale Waves on their UK and Ireland tour. The band have also announced a UK headline tour for November, including a date at London’s Camden Assembly. All dates and ticket links can be found below. 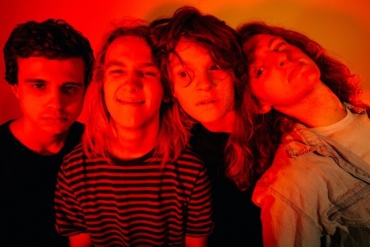