Kent-based electro pop band The Modern Strangers return with their new single She’s So Cold, out now via Hoolay Records. The new track is taken from the band’s forthcoming debut EP which will be released later this year. Listen to She’s So Cold below.

We wrote this song last summer in our home studio. It was one of those ones we were immediately excited about. When writing it, we wanted to try something a bit bigger and more epic. ‘She’s So Cold’ is about a relationship coming to an end, looking back on better times and realising how cold someone you thought you knew can get.

The Modern Strangers is fronted by brothers Max and Archie Davenport. Initially forming in the summer of 2016, debut single Vanilla earned them early support from BBC Introducing in Kent and BBC Radio 1.

They spent 2017 releasing seminal singles Hot Rain, Margarita and Coco Hello in the midst of a busy summer of shows. Last year also saw them play over 17 festivals, including Leopallooza, Y Not and Secret Garden Party, along with a slot on the BBC Introducing stage. Radio support includes Radio 1, Amazing Radio and Radio X.

At the beginning of this year, The Modern Strangers are already booked for an NME Awards show at The Moth Club on Feb 27th, slots at The Great Escape, Liverpool’s Sound City and 3 nominations for the Unsigned Music Awards. All upcoming tour dates and tickets can be found below.

The Modern Strangers – She’s So Cold 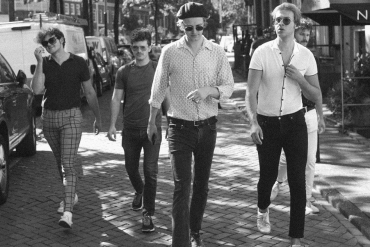