Utah pop quartet The Aces today announce their debut album When My Heart Felt Volcanic will be released on April 6th via Red Bull Records. The girls also share the album’s first single Fake Nice which is streaming below. Fake Nice is an upbeat tune about people who don’t put their money where their mouth is. Sonicaly, fans of Haim, Pale Waves or Fickle Friends should feel right at home.

The band comment on When My Heart Felt Volcanic:

Fake Nice is a favorite off the album and representative of a funkier side of our sound. We wrote it about being from a smaller town and experiencing living in a big city for the first time while trying to navigate all the new personalities that come along with that.

The new single follows on from the I Don’t Like Being Honest EP which was released in the summer of 2017 to critical acclaim. The Aces spent most of 2017 on the road with a sold out headline show at The Mercury Lounge and Hoxton Bar & Kitchen in London and shared the stage with the likes of Joywave and Portugal. The Man.

To celebrate the album’s release, The Aces will be touring with COIN from February 1st for a full European and US tour wrapping up on March 29th. All dates can be found below. 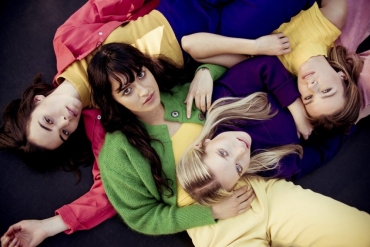 The Aces share ‘Lovin’ Is Bible’, debut album out April 6 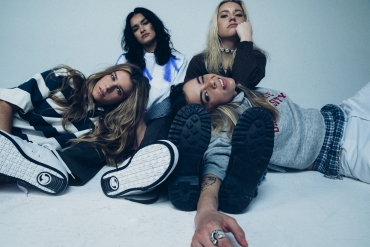