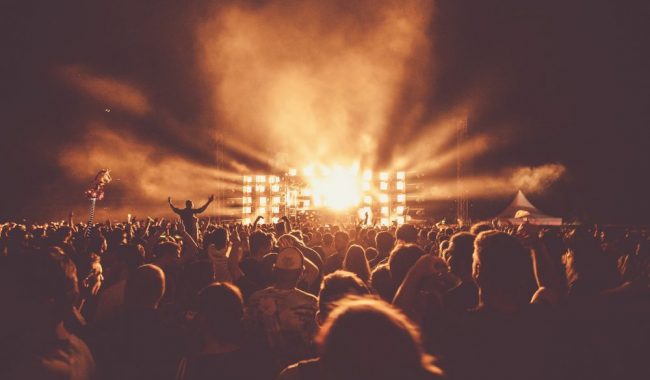 Never mind the likes of Glastonbury, Reading / Leeds or Download, if you really want to get a taste of what the British music scene has to offer festival-wise in 2019, local festivals are where it’s at. Not only will you get a chance to check out some great new bands and music on your doorstep (as well as watching performances from your old favourites), you can also immerse yourself in some cool new experiences at some of the hottest local music festivals listed below.

1. You Are Not Alone, Manchester

Kicking off this list is the You Are Not Alone festival in Manchester on 30th March 2019. Held in aid of the Manchester Mind mental health charity, this multi-venue, multi-act one-dayer promises to be an absolute belter. Making its debut this year, this festival will take place in numerous uber cool venues in the Northern Quarter of the city, including Jimmy’s and Night & Day. The brainchild of former Sound Control promoter, Ben Taylor, the line-up includes Factory legends Space Monkeys, local bands Deja Vega, The K’s and Perfume, and rock pop group Y.O.U.N.G. Tickets are on sale now from Skiddle.

Next up and moving further north, we have Liverpool Sound City taking place over the spring bank holiday (3rd-5th May 2019). Sprawling over numerous warehouses, urban spaces and outdoor stages in the Black Triangle and Cairns Brewery areas of the city, Sound City is a true celebration of Liverpool’s impressive cultural development. Over 250 acts will be performing over the weekend, including headliners Mabel, Shame and Loyle Carner as well as rising indie bands such as Blaenavon, The Magic Gang, Spinn, Red Rum Club, Estrons, and Sophie & the Giants. Tier 3 wristbands and day tickets are the only options left; check out the festival’s website for more info.

Kent isn’t exactly known for being the centre of sex, drugs and rock n roll in the UK. However, it can stand proud as the birthplace of the rockin’ (and gorgeous) Liv ‘The Iron Maiden’ Boeree, a guitar-wielding, World Champion Poker pro who isn’t a stranger to some rowdy music festivals. There are also quite a few interesting music and arts festivals that take place in the county throughout the year, including our pick – Forest Live. From 14th to 16th June, the Forestry Commission England will be opening up Bedgebury Pinetum to Foals, who will be headlining on Friday night, some renowned crossover club names for Hacienda Classical on the Saturday, whilst legendary The Jam frontman, Paul Weller, will be headlining Sunday’s event. More info can be found on the Forestry Commission’s website.

Returning once more to the Jodrell Bank Discovery Centre in Macclesfield from 18th to 21st July, Bluedot will again be providing an out of this world weekend of music, science and art, all at the site of the Lovell Telescope. This year, the festival will mark the 50th anniversary of the moon landings and promises to lay on live science experiments, “cosmic culture” events and experiences, and fascinating talks, alongside some incredible musical acts. Headlined by none other than Kraftwerk and New Order, British music festivals probably don’t get more iconic than this. Far out, man! 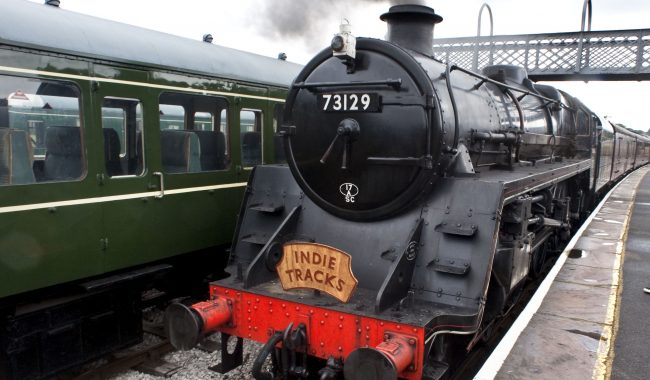 Closing out this list (but not the summer, we hope!) is Indietracks in Derbyshire. From 26th to 28th July, the Midland Railway Centre and its historic steam railway site will become a festival of creative indie and DIY pop music, steam engines, discos, museums, arts and crafts and real ale. Held annually since 2007, Indietracks is now in its 13th year and has played host to previous artists including the likes of Saint Etienne, Camera Obscura, The Go! Team, Cate Le Bon and Teenage Fanclub. The lineup for 2019 looks pretty promising too, with a total of 50 acts including: British Sea Power, Dream Wife, Anna Burch, Honeyblood, The Lovely Eggs, Amber Arcades, Gwenno, Sacred Paws and Even As We Speak. For tickets, directions, the 2019 line-up and info about past events check out the official website.