Canadian sextet Stars have recently announced their new album There Is No Love In Fluorescent Light, set for release October 13th, 2017 via Last Gang Records / eOne. The album’s latest single Real Thing was recently premiered and is streaming below.

The album, recorded in Montreal and Connecticut with producer Peter Katis (The National, Japandroids, Jonsi), marks the first time the band relinquished creative control to another, outside the band.

Pop song pepper spray! In a world where we are targeted daily and consistently let down in the courts of consent. The laymen continue to write laws on our organs. “Real Thing” is a ‘she said’ for singing as loud as you can.

Stars also announced a handful of select live dates for November with multiple nights in Brooklyn, New York, and Toronto, that are on sale now. Stars partnered with Plus 1 and Native Women’s Shelter of Montreal/Foyer Pour Femmes so that $1 from every ticket goes towards providing indigenous women and their children a safe and supportive environment through the Native Women’s Shelter of Montreal. Dates can be found below. 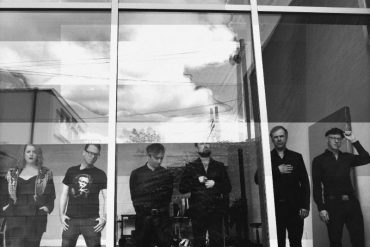