Following on from their debut single Roy’s World, Welsh pop quintet Seazoo today reveal their new single Shoreline, the second track to be lifted from their forthcoming debut album that will be released in November.

The new track was recorded between a decommissioned nuclear bunker and their home in Wrexham, North Wales. Listen below.

With influences ranging from Grandaddy to Yo La Tengo and Super Furry Animals, the five piece has brightened up stages at the likes of Green Man, Festival No.6 and Canadian Music Week in the past 12-18 months.

Support from BBC Radio 1 (Huw Stephens) and BBC 6 Music (Steve Lamacq, Radcliffe and Maconie, Lauren Laverne) has been substantial and with live sessions for Marc Riley and the BBC at Maida Vale Studios already under their belts, Seazoo’s effervescent new release is primed to be a real summer anthem.

Produced by Ben Trow and mixed by Mike Collins (Girl Ray, Metronomy), Seazoo’s Shoreline is available on all platforms. 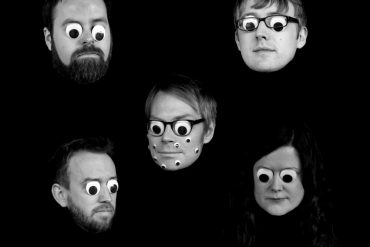