With their new EP Under Exit Lights, finally out, Sea Girls have taken some time record a cover of Billie Eilish’s When The Party Is Over as part of 4Music’s ‘Fresh Focus’. Watch and listen below.

On the new EP, which includes 3 previously unreleased songs as well as recent bangers Violet, and Closer, frontman Henry says:

The lyrics for these songs draw their soul from my life of late nights and the mornings after – about being young and going out a lot. It involves dark thoughts, anxiety, but ends in hope, positivity and optimism.

Having recently completed their first ever European headline tour, the four piece will head on a sold out UK tour this April. The tour includes stops in Birmingham, Glasgow and Manchester as well as their biggest headline stint to date at The Roundhouse in London. While all tickets have sold out, you can join the waiting list or make sure to catch them at Neighbourhood Weekender this May.

In other news and in light of the current situation, the boys were kind enough to post this handy instructions on how to properly wash your hands.

Under Exit Lights is available as of now. 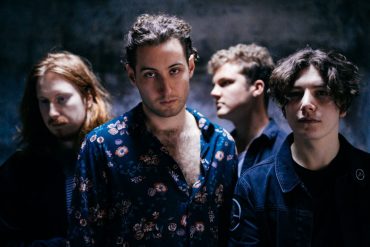 Sea Girls kick off 2020 with new single ‘Ready For More’