“I’m not excited, but should I be?” asks Vampire Weekend frontman Ezra Koenig in track two (entitled Unbelievers). Well quite simply yes, Vampire Weekend is back! Modern Vampires of the City is the bands third album, and ends the three year break the band took following the release of Contra. Contra was certainly not even close to the same level of quality that was found in their self-entitled debut. Modern Vampires of the City would prove to be a tough task for the band, as the band behind the hit single A-Punk were out to avoid becoming labelled one hit wonders (or even two hit wonders, Campus was also quite a hit).

Following the release of Contra, the band said they wanted to take their time with their next album, and it certainly shows in Modern Vampires of the City. The album starts off like it just got out of bed, but not in a bad way. More in that sort of “wow that was an amazing sleep, I’m looking forward to the rest of the day” way. Building up to lush, smooth, and grand vocal harmonies, Obvious Bicycle sets this album off to a calmly wonderful start. The next few songs take the album on a roller-coaster ride in many aspects, but there is one thing that is consistent throughout the album. The attitude. If one thing is made certain on Vampire Weekend’s other albums they, it’s that they have a tremendous songwriting ability, whether it be their Ivy-league background or just raw talent they know how to write a song. It often seems like Koenig is going through his midlife crisis in his mid-twenties in this album, singing about fate and dying an “unbeliever” in Unbelievers. Being ready for a house in Step. Not being loved, and not getting “your” name in Ya Hey… Well I think you get the point. A much darker attitude than their other albums, where they sang about being in love, as well as jumpy tunes about being at school. Although a change of attitude, the album starts on a high, and proceeds through the clouds to greatness.

Modern Vampires of the City has an astounding amount of strengths, but its one weakness is glaring. Its occasional obsession with voice changers. Diane Young, Hannah Hunt, Step, and Ya Hey are perhaps the best tracks on the album, but sequences where Koenig’s voice is (purposely) distorted often hurt the songs true potential to be even better. The album also ends fairly poorly, with Hudson, and Young Lion providing an unmemorable ending to a memorable album. 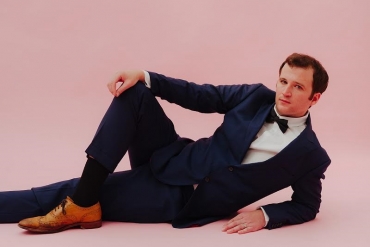