Combining sleek electronic minimalism with a love of classic pop music, Man Without Country develop the atmospheric electronica of 2012’s debut Foe into a rich, gorgeous and altogether bolder style on Maximum Entropy. The album was recorded, produced and mixed entirely by the band in their home studios in South Wales. Maximum Entropy is also the follow-up to the 2013 EP Entropy, Pt. 1, or rather, the EP was a forerunner to Maximum Entropy as all of its tracks made it onto the album.

Following the release of Foe, Man Without Country supported M83 before embarking on their own lengthy headline US & European tours and have become somewhat of a regular guest at the annual Berlin Festival. With so much touring under their belts, the band have developed into a formidable live force. As remixers, Man Without Country have a varied CV that’s seen them remix everyone from Two Door Cinema Club and Band Of Skulls to Moby, Miike Snow and Active Child. In a package that includes Erol Alkan and Factory Floor, the band recently remixed the new Interpol single My Desire.

Just like on the EP, Claymation, serves as the opener. It is an upbeat track that creates a soundscape formed by deep synth entangled with Ryan’s hushed vocals and is reminiscent of Puppet from their debut. Oil Spill, Catfish and Deadsea are also familiar tracks from the EP. Oil Spill slows the pace and is centered around a heavy drum beat. While Foe lyrically focussed on themes such as fame, greed, and fading beauty, Entropy deals with maritime metaphors and relationships falling apart (notably Catfish and Loveless Marriage). Catfish‘s lyrics are cryptic and less straight forward than on their debut but it still seems that Ryan James is getting square with someone (Go throw your money at a dead horse / Keep up the masquerade). The song might be about a relationship falling apart, but that of course is only my interpretation. The addition of vocals by Danish singer Lisa Alma add to that assumption.

Laws of Motion (feat. White Sea) and a cover version of The Beloved’s Sweet Harmony are absolute standout tracks and obvious single material which may just help MWC to reach an audience that is more pop orientated. The haunting female vocals on Laws of Motion by Morgan Kibby (White Sea, M83) invoke some of some of Röyksopp’s finest tunes which certainly served as an inspiration particular after Ryan provided vocals for Sordid Affair on their latest record. Sweet Harmony was a hit back in the day and MWC not only give it a modern touch but will also introduce a whole new generation of music lovers to this timeless classic. Will we get to see the band perform the song naked in their next video as The Beloved did? Probably not but this is hit material regardless.

With a running time of over 7 minutes, Deadsea is right in line with Ebb & Flow and Parity from Foe and it focusses on the music rather than on the lyrics which have little room here. In fact, the lyrics became almost irrelevant when Ryan’s vocals become so entangled with the music that it is nearly impossible to make out the words at all. It features all kinds of sounds, one in particular reminding me of a toy gun that I had when I was a kid.

Maximum Entropy creates bittersweet soundscapes and is a worthy follow-up to Foe, parts of which were recycled for the new record. “The idea behind Entropy came from our passion for digital manipulation and recycling audio. We dismantled some of our old ideas, took audio samples from old drum machines, old pianos, and even audio from our album ‘Foe’. We manipulated and reconstructed them to create the new music“, says Tomas Greenhalf.

If Entropy, Pt. 1 left you wanting more as it did me, Maximum Entropy will live up to your expectations if not succeed them. Man Without Country have developed their sound but also their lyrics further. Lyrically, the songs have become more cryptical. The sense of not belonging that is suggested by the band’s name is carried on in songs that talk about swimming in the oil spill and drowning in the dead sea. Musically, the songs are just as captivating as their previous releases but also take on a more synthpop approach that is in no way inferior to their peers in M83 and or Röyksopp.

Maximum Entropy is out on Lost Balloon / Cooperative on January 19th. 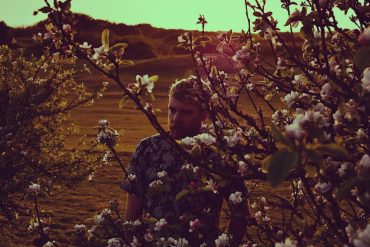