Following on from the enormous praise he received for his previously shared EP No Post On Sundays and subsequent single Celebrate Life earlier this year, emerging singer and songwriter Conrad Ashton is back with another powerful new offering The Longest Night.

With nods to the Britpop era, ‘The Longest Night’ shows off the frontman’s more personal side. With its rip-roaring guitars and soaring production, his latest jam is a strong reminder that we need to pay attention to the mental health of those around us.

Speaking about the new track, he said

The Longest Night is a very dark track its essentially about wanting to save a friend from suicide.

Listen to The Longest Night first below. 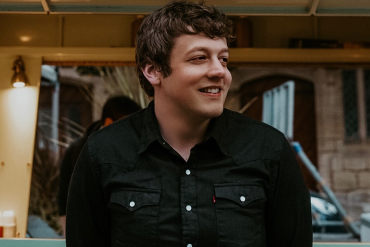 Conrad Ashton Interview: “I have two albums worth of material written”