Stick The Knife In is the latest single by Reading-based four piece Palm Honey. The new single is the first taste from their upcoming debut EP Tucked into the Electronic Wave which will be released on January 26th, 2017.

Stick The Knife In is quite the departure from Palm Honey’s previous material. While their previous outings went in a psychedelic direction, the new single mixes post-punk elements with distorted guitars.

’Stick the Knife In’ is about a lack of self-awareness, not knowing your own boundaries and limitations and, as a consequence, essentially sabotaging yourself. Which speaks quite well about us as a unit, really.

Stick The Knife in is available as of now. 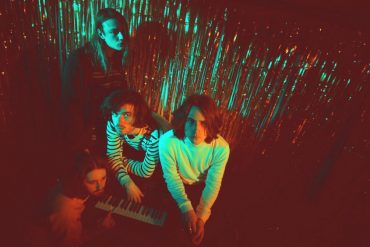 Palm Honey – You Stole My Blackout