London based four piece Novacub today release their debut EP titled Future Echoes via LAB Recordings. The quartet also reveal a hilarious self-made video for We Don’t Care, the latest track to be revealed from the EP. Watch and listen below.

If you ever find yourself listening to shredding guitars and thrashing drums- you’ll like it, if you ever imagine embracing an angry female rapping over punk music, we got you! Want a dance party or a feeling of meloncholy? Well look NO further. The EP shows a mix of genres which combined make the NOVACUB sound.

Produced by Steve Osbourne (New Order, Suede, U2), Brad Mair and the band themselves, Future Echoes contains previous singles I Still Need It and Wait Up. Novacub was founded in 2018 and consists of Bloc Party drummer Louise Bartle on vocals, Bloc Party founding member and guitarist Russell Lissack as well as Iona Thomas (bass) and Tony Alda (drums).

Having supported The Xcerts, Kaiser Chiefs and The Futureheads, they are currently on tour with The LaFontaines. At the end of the month, they will join My Vitriol on a shot run of dates. Tickets are available here.

Future Echoes is available via all digital services. 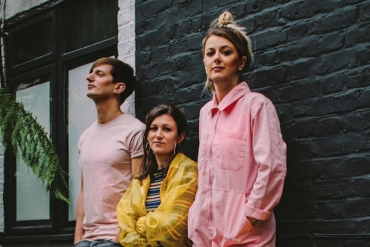