New Atlas is the moniker of 19 year old Owen O’Hagan, an Irish born artist based in Liverpool. New Atlas began in just March of 2016, after being named one of BBC Northern Ireland’s hottest new acts by Huw Stephens (Radio One).

New Atlas recently released his Robert Whiteley (The Wombats) produced single Naked and today reveals the video for it. Watch below.

Owen’s new single Naked follows on from his debut single Young Hearts which received over 20,000 hits on Youtube in only 2 weeks. Naked is an upbeat and danceable pop tune along the lines of Passion Pit or Fickle Friends. Lyrically, the track is about coming undone and being tired of looking like everybody else. And of course, it’s super catchy!

This month New Atlas heads out on tour with a full band, finishing with 2 headline shows in Liverpool and Belfast in December. 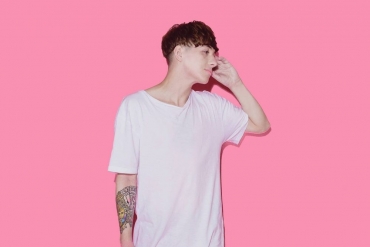