Isle Of Wight slacker-pop songstress Lauran Hibberd has just dropped her brand new single Frankie’s Girlfriend. The tongue-in-cheek track is part of her debut EP, Everything Is Dogs, which will be released on September 30th. Listen to Frankie’s Girlfriend below.

When asked what the song was about, Lauran offered the following:

Frankie’s Girlfriend is exactly why it can suck to be a nice person. This track is a story, based on true events and exaggerated for selling millions of (aka 600) records. It’s honestly about a pal of mine Frankie, I had a dream about him, like a weird one. And it spiraled. H is chick at the time was a nightmare, I was lucky enough to witness that first hand. For me, it’s my darkest track yet. But not dark scary, dark as in three-week holiday to Mexico.

Hibberd has made herself a name in the past few months supporting Hippo Campus and playing Glastonbury’s BBC Introducing stage. She has also received support from the likes of Annie Mac and Huw Stephens for her recent singles Sugardaddy and Call Shotgun and has been likened to Courtney Barnett and Phoebe Bridgers in the process.

Frankie’s Girlfriend is available as of now. The debut EP Everything is Dogs drops on 20th September. 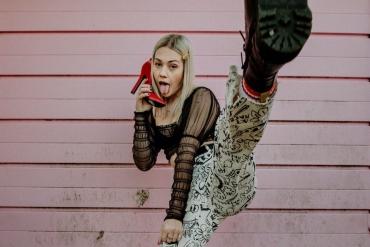 Lauran Hibberd is back with a ‘Bang Bang Bang’ 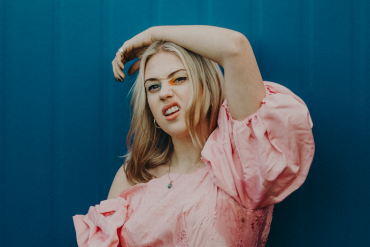 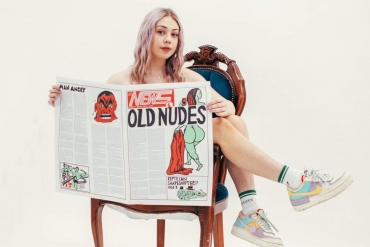