For the past four years Larkins have been pleasing our ears with their vibrant songs, and they’ve just released their brand new song Not Enough Love to add to their collection. It premiered on Radio 1 Jack Saunders Indie Show ‘Midnight Drop’, and he praised the quartet from Manchester saying that ‘the music sounds great boys’ and how the hype for Larkins is destined to grow stronger.

Not Enough Love shows the bands impressive development, as synth heavy guitars play infectious melodies. Frontman Josh Noble has said that the single ‘was born from thinking about our hometown… and moving to Manchester was such a big deal for us’, as the lyrics clearly have a nostalgic, loving mood when reminiscing about the memories. The slick, new production mirrors the exciting times Larkins once felt leaving their hometown of Glossop, as they further their music career and become a much bigger deal. It’s fair to say a lot of thought has gone into Not Enough Love, and Noble speaks about the process of ‘slowing stuff down to record and then speeding it up to create really cool guitar tones’.

Not Enough Love comes from a line of well received singles from Larkins in the past year, supported by BBC Introducing and Radio 1 presenters Jack Saunders and Huw Stephens. We can’t ignore their huge successes regarding live shows, especially their hometown show in Manchester’s Albert Hall to 2000 euphoric fans. The list goes on, including a UK tour with Love Fame Tragedy (aka Matthew Murphy from The Wombats), and their very first US shows. Larkins are destined to hit the road once again in October for a 32-date run, and will see all of their hits played with infinite energy.

Larkins have made their mark in the music world, and it’s safe to say that there will be more than enough love when they release their debut album. 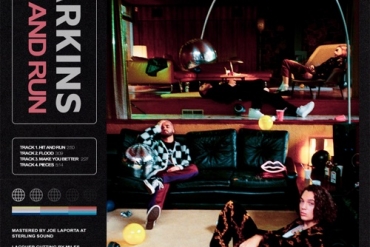 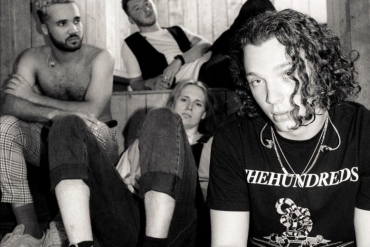