We are now firmly entering the traditional summer festival season but this year there’s a distinct absence of live music on the horizon for many. For many smaller bands, festivals provide an important platform to get your music heard by a wider audience; how many of us have found one of our favourite artists this way?

Best Kept Secret Festival should have been going ahead this weekend in the Netherlands. A relative newcomer to the scene it maybe boasts one of the most beautiful settings as it’s surrounded by forests and a lake. It’s website even boasts there’s a safari park around the corner?!

They also have a reputation for finding relatively unknown acts and bringing them to a big stage, so let’s see what secrets the festival should have revealed this year.

There literally isn’t a week where I don’t drop into conversation how exciting Australia’s music scene is right now, Amyl and The Sniffers are part of the Country’s growing punk movement and were even dubbed by the NME as “the most exciting band on the planet right now!”

Having named their riotous sound as pub-punk because they spend a lot of time in the pub, kind of tells you everything you need to know about the four-piece. Much like the individuals; I’m Not A Loser is a feisty, non-nonsense 1:51 blast, reminiscent of the original 70’s punk movement.

This is the second time Sorry have made the playlist, but in all fairness they are one of the best bands around right now and by unfortunate coincidence their debut album 925 has been an uncanny soundtrack to 2020.

In Unison is the second track from their album, it’s just under three minutes of an awesomely haunting noise. It’s bleak, it’s sexy, it’s wholly captivating and you can imagine with which this song would grip their live set at Best Kept Secret.

The title-track from their 2018 self-released EP, Prom Queen is a sultry, summery indie pop vibe. It is of course songwriter & lead singer Lili Trifilio’s commentary on body image; it actually gave the band a viral hit if you were thinking it sounded familiar.

Maybe not one of the most unknown bands taking to the festival stage, Beach Bunny were certainly making waves in early 2020 with the release of their debut album. Their distorted grunge noise is easy enough to pleasantly zone out to, but a deeper listen to Trifilio’s lyrical magic gives the band a unique depth making for a highly palatable combination.

Hailing from a small Dutch town, the Homesick embrace eccentricity as they mess with the ethos of post-punk, taming it into their own odd-ball, lo-fi mantra.

Taken from a second album (The Big Exercise) in which the band have creatively explored the use of pianos, acoustic guitars, percussion and clarinets, Male Bonding is a relentless and militaristic anthem. It’s an acquired taste which would choose to listen to this band religiously but you can bet they’d make a big noise on-stage!

Pottery carry a charismatic, 80’s vibe around them to the point where it’s almost hypnotic. It’s impossible to determine if they’re more funk or post-punk, and from this has come a united harmony of noise.

Hot Like Jungle is taken from Pottery’s upcoming debut album Welcome To Bobby’s Motel which is due out on the 26th June. A love song which their drummer Paul Jacobs wrote for his girlfriend one summer, it’s focuses on a mellower sound from the band yet still encompasses their special multi-layered sound. 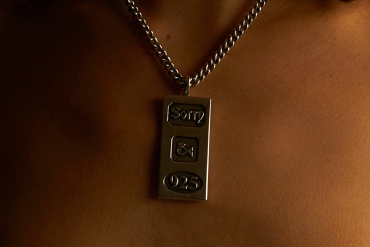 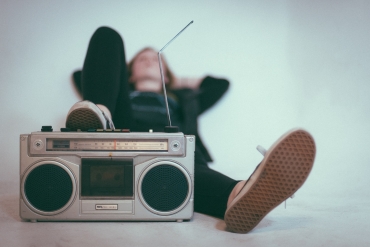 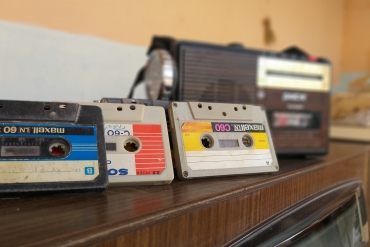