I was particularly irritable this weekend as I was supposed to be seeing Catfish & the Bottleman in Swansea before travelling back for the Southern part of Slam Dunk Festival the following day.

Instead I’ve been watching a political scandal unfold over Twitter, in a muggy London flat whilst drinking Robinsons fruit squash.

As a bittersweet compensation, this week’s Isolation Radio will be a selection of artists who would have been lighting up the stages at Slam Dunk Festival this weekend.

Dubbed one of the hottest new bands in pop-punk and hailing from a country which has provided us no-end of new talent recently, the Sydney trio seem destined for big things. In the last few years, they have amassed a debut album and around a dozen singles from which I recommend Lavender Bones and Hate Me (Sometimes).

Latest single Wavelength see’s the band traverse into a more grown-up sound, moving easily away from any Hey Monday (remember them?!) comparisons. The band have continued to push their musical boundaries as they move towards the heavily-anticipated second album.

It’s fair to say that Don Broco don’t take themselves too seriously. With a number of tongue-in-cheek songs and music videos to compliment, the four piece put on an awesome live set.

Having played at Slam Dunk a few times, they boys were set to take the headline spot this year. After firmly establishing themselves as an arena band in 2019, this was set to be a huge moment in their history and if their previous live performances are anything to go by T-Shirt Song would have gone off!

Bayside have been delivering their guitar-driven emo noise for 20 years now. The New York four piece have eight albums and an incredibly loyal fanbase. Whilst never achieving huge heights of success, they have a string of recognisable fan favourites which create energetic live shows.

Prayers sit’s amongst the more recent items in their back catalogue. With militaristic rhythms, rumbling guitar noise and singer Raneri’s clean cut vocals work together for a roof-raising post-hardcore sound.

Amongst the rabble of bands reviving pop-punk you will find The Bottom Line. Sounding something like an edgier Busted crossed with Sum-41, they wouldn’t be amiss on an American Pie soundtrack.

Youth is good natured, harmless punk-pop. Forget any music snobbery around this genre it’s pure joy to listen to and a welcome respite from challenging times. Plus anyone who says they don’t like the American Pie soundtrack is a liar.

Another pop-punk band, Chicago based Knuckle Puck sound how I imagine Good Charlotte would have if they had gone in a more upbeat musical direction.

Their latest single RSVP is a formulaic alt-rock belter. Raging guitars, slightly whiny sounding male vocals and building to the big break where we can all jump in the air. However, following the formula doesn’t make this a bad song! RSVP is a thoroughly enjoyable toe-tapper to finish the week on. 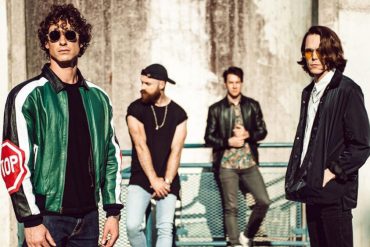 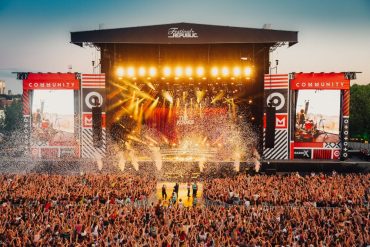